Not even Georgians approve of Trump’s transgender ban 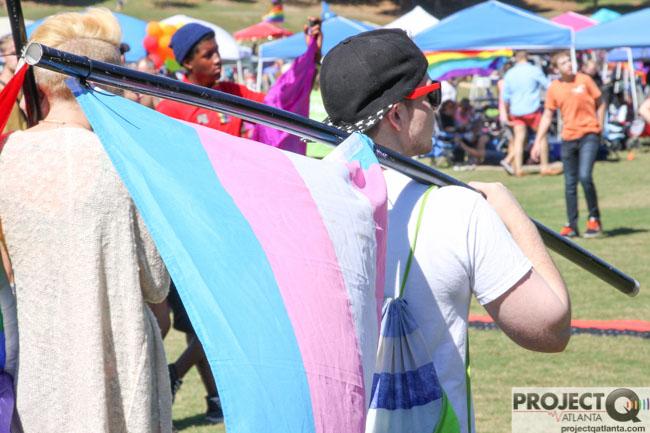 Even in Georgia – a hotbed of anti-transgender rhetoric from parents of school-age children to state lawmakers – nearly two-thirds of the public disagrees with President Donald Trump's desire to ban transgender people in the military.

It's an encouraging show of support in a state that's often hostile to transgender equality. Some 65 percent of people in Georgia approve of transgender servicemembers, which puts the state in the middle of the pack on the issue. That's according to a new analysis of polling data from the Washington Post.

The most supportive of trans troops? The District of Columbia, with 85 percent. Via the Washington Post:

The state with the most support for Trump’s proposal was Wyoming, where we estimate that 45 percent agreed with Trump. In the Rust Belt states such as Ohio, Michigan and Wisconsin cited by the Trump official, less than 33 percent thought that transgender people should not be allowed to openly serve in the military.

On July 26, Trump announced in a tweet that he will ban transgender servicemembers. That tweet has now been turned into a guidance policy for the military to implement, according to the Los Angeles Blade.

Though the policy—called “A Guidance Policy for Open Transgender Service Phase Out”—has not yet been made public, sources familiar with the planning said it would encourage early retirement, usher out any enlisted personnel after their contract is up, and would fire trans officers up for promotion. Basically, said a source, “the administration want to get rid of transgender servicemembers as fast as they can.”

Lambda Legal called the ban a “mean-spirited and discriminatory attack.” The LGBT legal group has promised to sue if the ban is put into place.

Trump's tweet prompted protests across the country, including a march and rally in Midtown Atlanta on July 29. Organizers of the rally, Rainbros, also launched an online campaign to raise $20,000 to support trans organizations in Atlanta. Some 53 people have donated $3,785 in the 10 days since Support out ATL transgender orgs! launched.

Georgia has the fourth-highest percentage of transgender residents in the U.S., though they often face hostility from elected officials and others. In 2016, potty wars erupted over trans access to bathrooms. The state school superintendent promised a brawl, the state sued and lawmakers threatened a legislative response. Parents in Fannin County compared trans students to “pedophiles” and “perverts.” A state lawmaker has even mocked transgender students.