Norwood or Reed to get a boost from the gays? 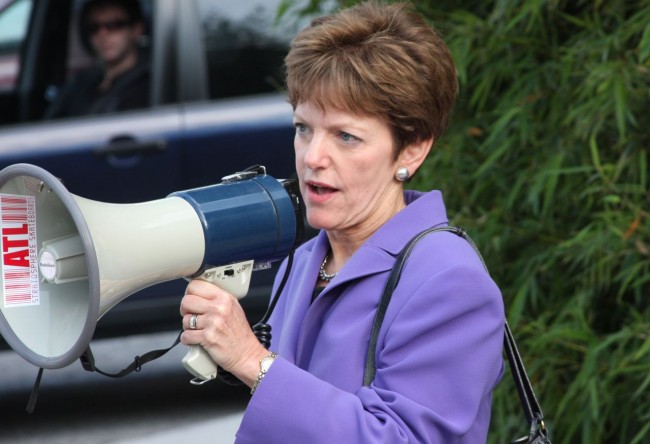 Two gay candidates could help draw LGBT residents to the polls for the Dec. 1 runoffs and the two mayoral candidates left standing may duke it out for those votes.

The only gay mayoral candidate, Kyle Keyser, is out as is Lisa Borders, who received the backing of Georgia Equality. That leaves Kasim Reed (photo), endorsed by Atlanta Stonewall Democrats, and Mary Norwood (photo) in the mayor’s race.

In a post-Thanksgiving runoff, voter turnout is often small and political strategists know that motivated voters are the ones most likely to cast a ballot. If voters in the heavily gay districts where Alex Wan and Simone Bell are running are drawn out by those races, will it boost the chances of Reed or Norwood?

One take on the race, from veteran AJC political reporter Jim Galloway, says elevated interest in Wan’s District 6 race could boost Reed, who is working to make inroads in majority-white voting precincts.

But Reed did twice as well in Atlanta’s 6th Council District, considered to have the highest concentration of gay and lesbian voters. Located on the city’s eastern edge, it is also nearly 90 percent white.

Norwood still beat Reed in the Sixth, with 59 percent of the vote.

Here’s our take on other factors that could play into how the gays might view the mayoral runoff:

Reed’s positives: He stumped in gay and gay-friendly locales prior to the election, which indicates he won’t pass up the gay vote. He’s got a gay campaign spokesperson and the backing of state Rep. Karla Drenner, the legislature’s lone gay member. There’s also the endorsement from the local gay Democrats group. He marched in Sunday’s Pride parade and has a long track record of advocating for LGBT issues while a state lawmaker.

Norwood’s positives: She backs full equality, including gay marriage. She marched in Sunday’s Pride parade. Several prominent LGBT activists came out in support of her in a recent Southern Voice ad. including her lesbian stepdaughter.

Norwood’s negatives: She has hasn’t stumped as much at other gay events as Reed or Borders and no local gay group endorsed her. Last week, Project Q Atlanta reported that she received a campaign contribution from Michael Bowers, the anti-gay former state attorney general. The AJC noted that she also received $200 from former Sen. Sam Nunn, who was one the architects of the military’s ban on gays that remains in place today.

An unknown in the race is whether Georgia Equality, who endorsed Wan Thursday, will back a candidate in the mayoral runoff. With Borders out, the group hasn’t made a final call yet on whether to issue another endorsement. And if Borders backs Reed or Norwood, will that make a difference to LGBT voters?

Who’s your pick for Atlanta mayor (and why)? Will LGBT issues make a difference in your decision? Let us know in the comments below.