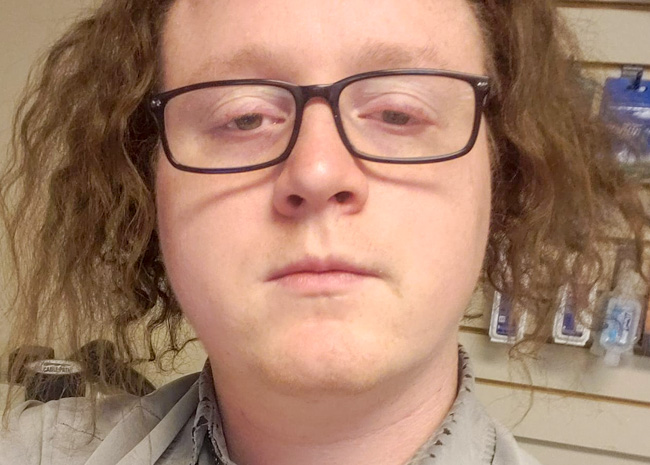 A nonbinary former Kennesaw State University employee said he was fired from the school bookstore in part because he wore lipstick on the job.

Stuart Morrison (photo), who uses he/him pronouns, told the KSU Sentinel that his firing came after a meeting in late February with Bookstore Manager Deborah Hreha. She told him to stop wearing black, bright blue and bright green lipstick. A KSU official cited the lipstick as one reason for his firing, according to a March 3 termination letter.

“You refused and told Debbie that you would not stop wearing the lipstick,” according to the letter. “Every day since then you continue to wear black and blue lipstick.”

Morrison violated KSU’s Employee Handbook by wearing the lipstick colors, according to the letter. But the handbook does not specify appropriate colors of lipstick.

Morrison was fired for “continued performance, attendance and behavior issues,” according to the letter. He either called out of work, was tardy, left early or forgot his ID badge on 17 different occasions between October and February. The letter also cited him for not following protocol during an instance in January.

Morrison told the KSU Sentinel that he was fired for his gender identity and for filing a complaint with the school's Office of Institutional Equity.

“I absolutely feel that way. I also feel it’s retaliation for making the previous complaint,” he said. “[Being fired] didn’t even happen a week later.”

Morrison is considering taking legal action against the school.

“As this is a personnel matter, we have no further information,” she said.