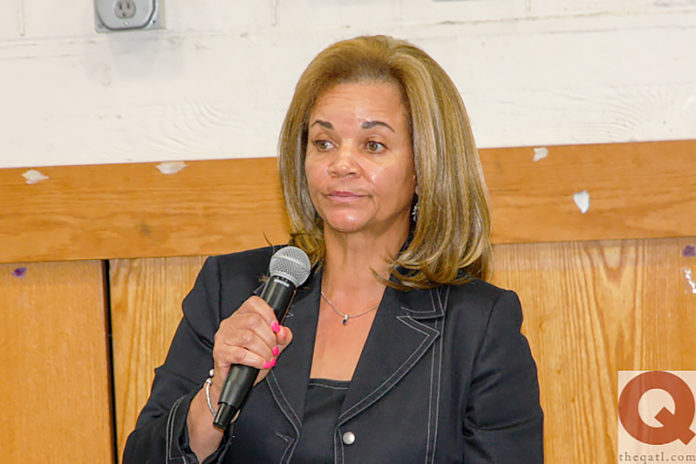 An already flawed program that provides housing for people living with HIV went off the rails recently, leaders of several Atlanta HIV/AIDS and homelessness agencies say. They point to one culprit: the City of Atlanta.

The Housing Opportunities for Persons with AIDS program, better known as HOPWA, is a federally-funded program that provides housing solutions for low-income people living with HIV/AIDS. The metro Atlanta area is one of three jurisdictions in the state in which HOPWA funds are distributed, and the City of Atlanta is responsible for allocating those funds.

Leaders of local agencies with HOPWA programs said that major delays in receiving grant money, mistakes in the application process and inconsistencies in funding decisions have led to widespread concerns over the ability of the agencies to serve their clients.

Compounding the issue is that the agencies are preparing for a major decrease in HOPWA funding due to a change in the formula that’s used to determine a jurisdiction’s funding. Ward said the impending change will lead to a 40 percent cut in HOPWA funding by fiscal year 2019.

The HOPWA funding issues have led to the departures of the heads of the city’s Office of Grants Management and Office of Human Services. Agencies have been meeting with representatives from both departments, members of the city’s diversity and inclusion office, and members of the Atlanta City Council since the latest problems were discovered in June. The goal is to avoid being in the same situation when fiscal year 2019 rolls around next June.

“That’s unacceptable because that is when we’re supposed to see these cuts from the formulary change start taking place,” Ward said.

Underscoring all of this is the crucial role housing plays in fighting the HIV epidemic.

“It is critical that we view housing policy as a powerful tool to control the HIV epidemic here in Atlanta and across the state, and that it is a vital component to any agenda on HIV,” he added. 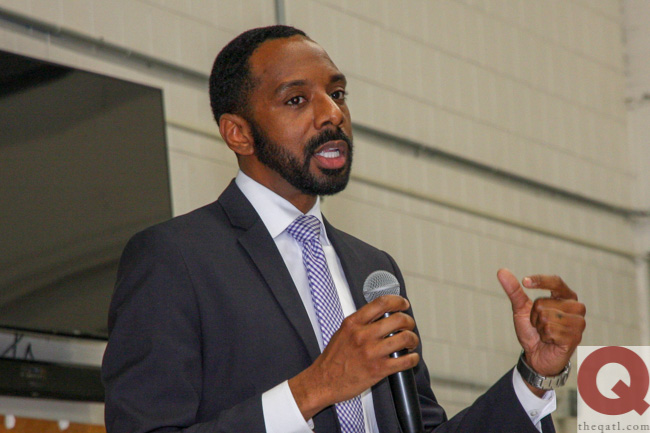 ‘Simply not fair and indeed unconscionable’

Problems with the city’s HOPWA program go back years.

Agency leaders with HOPWA programs said that they have endured delays of up to eight months in receiving their grant money from the city. This leaves agencies with a truncated amount of time to spend the money, which then factors into how much HOPWA money they receive in the next funding cycle.

“As you can imagine, this can pose a significant financial hardship on HOPWA providers, causing many to reduce or shut down services to clients altogether until they can receive contracts,” AID Atlanta Executive Director Nicole Roebuck (third photo) told Project Q Atlanta.

“AID Atlanta, fortunately, was able to continue services at normal levels, but not all agencies have this ability, and it is simply not fair and indeed unconscionable to expect these agencies to float — for months — the city government’s costs for this federally-funded program while they painfully await contracts and reimbursements,” she added.

This year, there was confusion during the application process about whether the funds applied for and awarded would cover one year or two years of HOPWA funding.

She said she “assumed perhaps it was an oversight/error” and that the award amount was for one year. It wasn’t. And that meant about a 30 percent cut in HOPWA funding from the previous funding cycle.

In addition to the grant money delays and the funding length mistake, the agencies criticized the transparency of the way they were scored on applications for HOPWA funding. That score is supposed to determine how much funding an agency receives. But the scores didn’t match the awards.

“Some agencies that scored higher on their applications actually received less funding than those who scored significantly lower,” Roebuck said. 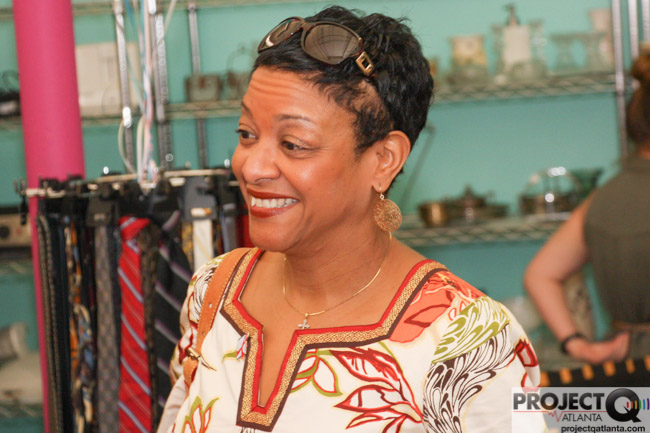 An overflow crowd spilled into a room at WorkSource Atlanta on Aug. 21 to hear directly from the city about its troubled HOPWA program.

“We know we’re dealing with a decades-old problem when it comes HOPWA funding. We know there have been missteps and miscommunications in the past and we’re really here to right that ship,” said Rashad Taylor, the city’s Chief Equity Officer and leader of One Atlanta, the city’s office of diversity and inclusion.

One move the city made was to give the agencies six months of funding immediately. This would allow the agencies to pay their bills and provide services while simultaneously giving the city time to fix major issues.

“It was initially created in order to get funding to you all and allow for compliance and monitoring that was necessary to make sure we stayed in compliance,” said Karen Carter, interim director of the Office of Grants Management.

Carter (top photo) fielded questions from agency representatives alongside Preston Brant, interim director of the Office of Human Services. Both had been on the job less than a month when the meeting took place. Carter was appointed in late July.

Brant (second photo) said the goal of the meeting was not to point fingers but to, “identify some of the challenges that resulted in us being in the knot that we’re in.”

“This is not going to be something that we feel immediately, but we’re absolutely ecstatic what this will look like post the knot,” he added.

With HOPWA funding shortages, clients in need and even larger HOPWA cuts looming in 2019, the agencies said they needed fixes soon.

“I need you to be successful because we don’t have time for you to fail,” said George Chidi, social impact director for Central Atlanta Progress.