No indictment for ex-teacher in hit-for-hire case 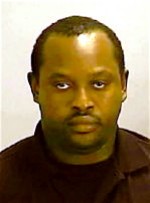 A grand jury Wednesday found no probable cause against former Clayton County School teacher Randolph Forde, who was accused of hiring a hitman for a student he allegedly taunted as gay.

He also says he wants an apology and his job back. From the AJC:

Clayton County District Attorney Tracy Graham Lawson told the AJC that “the state presented all the material witnesses. The grand jurors listened to their testimony and apparently judged their credibility and returned a no-bill.”

Forde was arrested last year on a charge of making terroristic threats and fired after an internal school system investigation. He said the 11th-grader made up accusations, including that Forde asked him whether he was gay and offered a classmate $50 to “put a hit” on the student.

Forde said the student was retaliating for an incident in which Forde pulled him out of class. Forde claimed the school system rushed its investigation and said publicity surrounding the case made it impossible for him to find another job.

“The matter regarding Randolph Forde’s employment with Clayton County Public Schools is closed,” the school system said in a statement to the AJC. “Mr. Forde, like any other person, can apply for any position posted by the district.”

In January, the nine-member school board upheld the earlier recommendation of a tribunal to dump Forde, who was a teacher at Mundy’s Mill High School.

Forde spoke publicly about the case in December.

“One of the things that I hope for is that when this is done, people take the time to listen to the truth and repair my image,” Forde said. “It has caused a lot of damage as far as losing my job, paying for an attorney. It is also embarrassing for my wife.”

The student and his parents contend that Forde harassed the student, called him gay, had at least one conversation with a classmate about a “hit” and passed a note to carry it out.

“It was enough for him to be fired for the school district to understand he should be fired, so I can’t understand why the district attorney felt not enough evidence to indict,” the student’s mother told Atlanta’s Fox 5 Thursday.

She also says she’s not giving up.

“I am asking that the DA bring other charges against him that would fit the facts and circumstances of it,” she added.