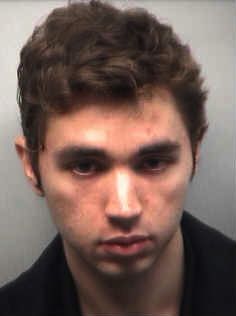 Michael Taylor Zimmerman (photo) has remained in the Fulton County Jail since the Feb. 22 incident in which he allegedly stabbed a man at the intersection of Juniper and 5th streets. On March 1, a grand jury indicted Zimmerman on three charges — aggravated battery, aggravated assault with a deadly weapon and possession of a knife during the commission of a crime. Zimmerman is scheduled to appear in court on Monday.

The three-count indictment offered few new details about the incident or what prompted the attack. It alleges that Zimmerman “did maliciously cause bodily harm to [the victim] by seriously disfiguring his face and arms” by cutting him with a knife with a blade longer than three inches.

An off-duty Atlanta police officer, working a part-time security job for Midtown Blue, was the first to respond to the incident about 10:30 p.m. When Sgt. D. Barr arrived, paramedics were already treating the victim, who was transported to Grady Memorial Hospital.

“I could tell that he was alert and breathing, but he had blood on him. He was leaning on the front of a stopped car,” Barr wrote in an incident report.

A witness, stopped in his vehicle at a traffic light, saw the two men fighting and heard the victim “yelling and screaming for help,” according to an incident report.

“[He] began to ‘blow my horn, yell and scream’ in order to stop the attack but the ‘male in black (suspect Zimmerman) continued to attack the other male.’ [He] heard the victim screaming ‘help me, help me,'” according to an investigative report.

A second witness, sitting inside the Fifth Ivory restaurant, watched the fight unfold and ran out to intervene.

“[He] heard the ‘man in the white shirt [the victim] shout ‘he’s trying to kill me,'” according to the report.

Then Zimmerman, according to the witness, tried to flee so he chased and tackled him, detaining him until police arrived. Police found the broken knife at the scene and Zimmerman, who had blood splatter on his face, said he was defending himself.

“Zimmerman admitted to having stabbed the victim but stated that it was in self defense,” according to the report.

On Feb. 25, a Fulton County judge denied bond for Zimmerman, ruling that he was a flight risk who posed a “significant threat” to the public.

Police were not able to interview the victim immediately after the incident, but said that he and Zimmerman knew one another. The victim declined to comment to Project Q Atlanta.

UPDATE Aug. 17, 2016 | Zimmerman pleaded guilty to aggravated battery, aggravated assault with a deadly weapon and possession of a knife during the commission of a crime on Jan. 16, 2014. He was sentenced to serve up to eight years in prison with four years on probation, according to court records. He’s serving his sentence in the Augusta State Medical Prison with a release date on or before Dec. 7, 2021, according to the Georgia Department of Corrections.

Also, we’ve removed the name of the victim in this case at the victim’s request.