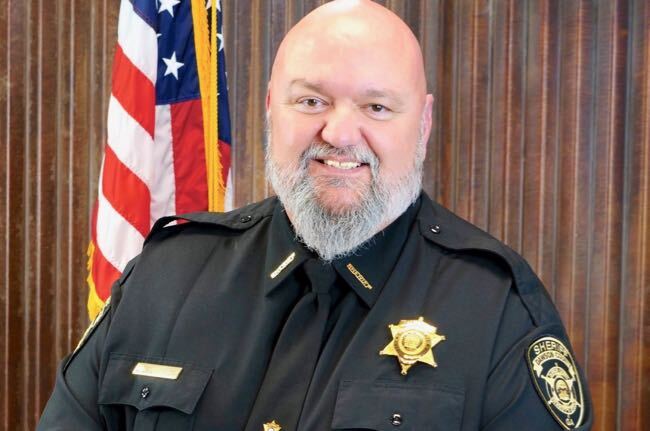 The Dawson County Sheriff's Office arrested nine men during a three-day sting using Grindr, charging them with a host of misdemeanors and felonies after aggressively pursuing at least one of the men on the hookup app.

At least one of the men arrested is openly gay and is accused of offering drugs for sex to an undercover officer on Grindr. But screenshots of their conversation don't support the allegations included in the man's arrest warrant.

The man, who requested anonymity for fear of retaliation from the sheriff's office and local prosecutors, provided Project Q Atlanta with screenshots of the March 3 conversation between himself and the undercover officer.

Sgt. W. Dereck Johnson – who identified himself on Grindr as “Charlie[looking for]420” – initiated a conversation about sex and offered to host at a Quality Inn & Suites on Beartooth Parkway in Dawsonville. The city is about 60 miles northeast of Atlanta.

“I want to get high and fuck,” Johnson wrote.

“Nothing wrong with that,” the man replied.

The man never offered to exchange the marijuana for sex, according to the Grindr chat. But Johnson told a local magistrate court judge differently, according to a March 4 warrant for the suspect’s arrest.

“[The suspect] did solicit SSGT D. Johnson to perform an act of prostitution in exchange for marijuana,” Johnson wrote in the warrant.

The man was charged with misdemeanor pandering, possession of less than one ounce of marijuana and criminal attempt.

The sheriff's office targeted the nine men during a sting over three days. It started after 9 p.m. on March 2 and continued late into the evening on March 4, according to the arrest warrants. The men arrested ranged in age from 23 to 50 years old.

One man was arrested for misdemeanor pandering. The other arrests included charges that ranged from misdemeanors – including pandering, obstruction and marijuana possession – to felonies, including criminal attempt to distribute marijuana and methamphetamine and use of a communication device to facilitate a felony.

Their arrests were published in a Dawsonville media outlet along with their names and mugshots. The coverage also named the employers of some of the men.

The incident reports provided by the sheriff's office include scant details about how the arrests were carried out.

Dawson County Sheriff Jeff Johnson (photo) refused to answer Project Q’s questions about the arrests, what apps they used in the other eight arrests, if all of the arrests were of men seeking sex with men and if his agency continues to carry out the undercover operations.

“The one thing that you should have before you label something prostitution is a very clear situation where the offer of the item or money is an indispensable part of the transaction,” Nevins said. “The supposed sex worker has to basically make it clear that without your paying or giving the item, there will be no sex. That’s not here at all.”

This type of arrest harkens back to other instances of law enforcement targeting gay men, according to Nevins.

“It used to be that they would always say we have to stop these hookups in parks because our children are in parks. Well now you’re on Grindr looking for a problem that doesn’t have this spillover effect,” he said. “The platform has moved to a different arena where you should be happy about that if your only concern was your children not being inadvertently exposed to these things.”

“It does strike you as wow, these are the priorities of a different era that just missed out on the last 20 years,” he added.

Sting operations like the one in Dawson County contribute to the U.S.’s over incarceration problem, according to Nevins.

“What’s going on in Dawson County is against the grain,” he said. “Where does the protect and serve baseline actually come into my this? Where is any appreciation for not over incarcerating people who aren’t doing anything harmful and looking out for situations where real harm is going on? It’s a cataclysmic failure.”