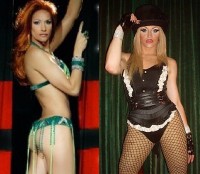 When two locals make “RuPaul’s Drag Race,” we stand up and take notice. That’s right: Nicole Paige Brooks and Sonique (top photo, l-r) made the grueling cut for Season 2, and as RuPaul says, “You betta watch.”

Atlanta is already buzzing with the announcement of the cast that came out last week. The show shines a national spotlight on two Atlanta gems we already treasure, but it also allows many of us to see the girls as boys and hear more of their personal thoughts than we ever get at their weekly appearances. 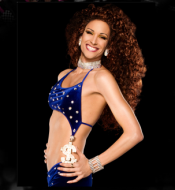 Nicole (second photo), who just handed over the Miss Cobb County crown last month, can be seen at Wednesday’s Fantasy Girls at Jungle and Saturday Night Fever at Le Buzz, as well as a regular guest on Blake’s Thursday A-List.

Sonique (bottom photo) is known for her fierce sense of individuality and as a chameleon. Her performances can bring to mind P!nk as quickly as Fergie, Gwen Stefani or Madonna. Like Nicole, she is part of almost every cast worth watching each week.

She let her Facebook fans know exactly how she feels about being part of the show: 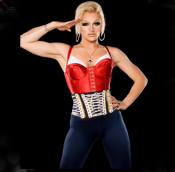 just incase u forgot or didn’t even know BOOYAH! that’s right your girl is goning to be on Miss Rupauls Drag Race 2.

The next round of reality competition on “Drag Race” starts on Atlanta’s Comcast 288 in February. Both of our local stars are ready for the challenge, posting sneak-peak videos of the entire cast so you can help them size up the competition.

But you don’t have to watch them all. Just get pumped up for the mugs we’ll all be rooting for with the videos below from notorious NPB and sexy Sonique.

When RuPaul says, “You betta watch,” she doesn’t have to tell us twice. We will!