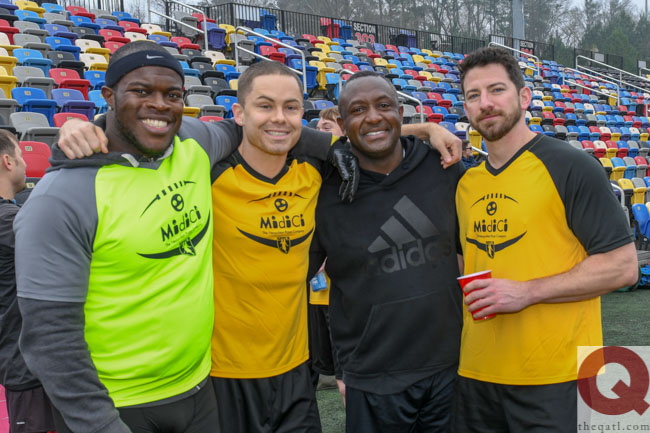 The LGBTQ and allied players of the National Flag Football League of Atlanta took the field for their season opener on Saturday at Silverbacks Park.

The men (and a few women) are part of a record-breaking season for the NFFLA. The league has the most teams, most female players and most overall players its ever had.

Players headed to Blake’s on the Park after the games for the Queen Supreme Social.