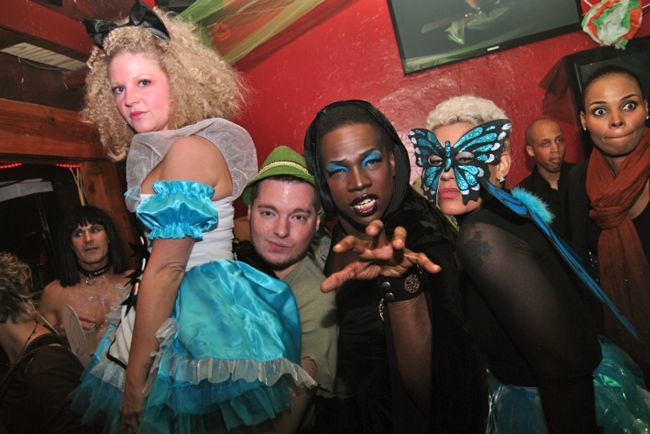 Parties, concerts, dance halls and drag shows. You know the scene. But with an event this weekend that combines the best of all those plus auditions opening for an “X Factor-Idol” style vocalist contest, a group of artists and partiers say it’s time to shake things up. 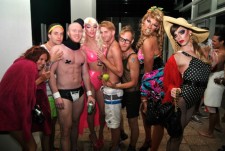 The ever-churning minds of promoter and singer Barry Brandon and his Bedlam party crew have several events brewing to do just that. Bedlam is already known for straight-inclusive parties with original themes (photos), so rather than just lament what some call the same-ol-same-ol, they’re making plans. Now in addition to Bedlam and parties like “Glitz” at Mary’s and others, get ready to add even more unique concepts to the variety of gay nightlife that Atlanta already offers.

“I personally feel that the issue here in Atlanta is the pockets of comfort zones that people have,” Brandon says. “Not a lot of people get out and do something different and… uncomfortable. But it is our job as entertainers, venues and promoters to push the art and creativity as much as we can so that the nightlife stays interesting, unique and welcoming.”

It’s a discussion many a gay gaggle has had many a time. In it, Atlanta is inevitably compared to other big cities with large visible gay communities that seem to have something for everyone going on all the time. Atlanta needs to add its own, personalized version of that kind of nightlife energy to the mix of options that are already out there, Brandon says. 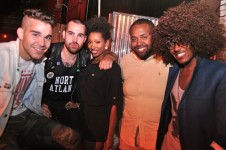 “I don’t think Atlanta needs to become LA or NYC,” he adds. “They have that pinned. But what I do think we need is everything that we have to offer taken to the next level.”

Enter Diva! No, not you queen. We’re talking about the Diva! dance party and performance extravaganza on Saturday at Jungle. It’s one of the Best gay things to do in Atlanta this weekend, and it’s not your regular dance party.

“You bettah run to this,” Brandon exalts. “Where else can you have singers, dancers, drag queens, two DJs, boys, girls and the cutest guest bartender (my brother Bobby that is) at the same place at the same time? On top of this, the renovations at Jungle are looking really good. It’s gonna be a great night out on the town. I am so excited, and the performances are gonna be fantastic.” 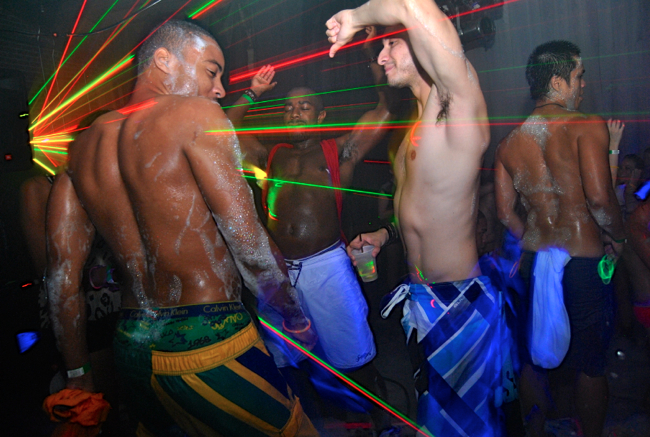 There’s more in store too, and not just at the Diva! party. Preliminary auditions are open for an elimination competition for vocalists that will go down each week at Jungle. In addition to top-to-bottom renovations to the club, owner-manager Richard Cherskov is committed to freshening gay Atlanta’s entertainment options. Just like The Other Show that debuted last week (view photos), Brandon credits Cherskov with a vision for trying new things.

“Richard has been really supportive of every idea that I have brought him so far,” Brandon says. “It just seems to me that he gets it. He’s honestly excited to bring new ideas and concepts into fruition at the space. It always feels so good to be working somewhere that appreciates what you are trying to bring to the table and supports you however they can.”

Interested vocalists will first submit videos of themselves singing a capella, with instruments or a backing track. {[email protected]” title=”E-mail video submissions”} to enter. The videos will be posted to a YouTube channel just for the competition, then contestants will audition live at Jungle on Dec. 12. Twelve finalists will be selected to compete beginning Jan. 9, and one artist will go home each week. Judges will be Brandon, dancer Michael Robinson and singer-songwriter JL Rodriguez.

“I think it’s about time we showcase real vocal talent in this city,” Brandon says. “Not to say that karaoke doesn’t showcase singers, but we are really going to pushing things with this. The vocalists selected to compete will receive vocal coaching, vocal training, mentoring and even workshops to help them brand and promote themselves as artists. They will be backed by live instrumentalists and will be given a platform to perform in front of a large crowd and on the competition’s YouTube channel helping them obtain National exposure.”

The winner will receive prizes including cash, studio time, a magazine spread and a professional photo shoot.

As if he wasn’t busy enough, the third annual Glitter & Fur New Year’s Eve is coming and will go monthly next year. Bedlam parties will also continue. 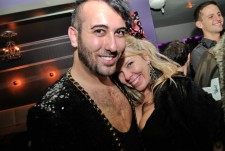 “Sometimes I feel like my head is going to explode, but then we receive so much feedback thanking us for all that we do and it just makes us want to do more,” says Brandon (bottom photo). “I really work with the best team anyone could ask for. A lot of what makes us different is just the thought process, work and details that go into the concepts. From photoshoots and fonts to imagery and verbiage, it is a lot of work.. but… we love it.”

Sounds like there’s a lot to love and a lot to look forward to with additions to Atlanta’s nightlife scene. No wonder Brandon is in a heated race on the Bestest of the Best of gay Atlanta ballot and Bedlam is in one of the contest’s hotly contested bar wars as a write-in challenger. Brandon hopes events like Diva! and the singing competition will cross boundaries, not just within the gay world, but across Atlanta.

“Music has a way of attracting people from all walks of life and bringing them together,” he says. “It sounds very cliche but it’s so true! As far as the gay community is concerned, we are hoping to further integrate everyone, which is something we always strive for. There seems to be such a sense of identity these days in regards to who sees themselves as what – who is gay and who is queer – but at the end of the day, we are all just people living in the same city and in the same community striving for, more or less, the same things. A clean, fun, interesting scene with so much to offer.”