New Phylle album wants you to ‘Love. Out. Loud.’ 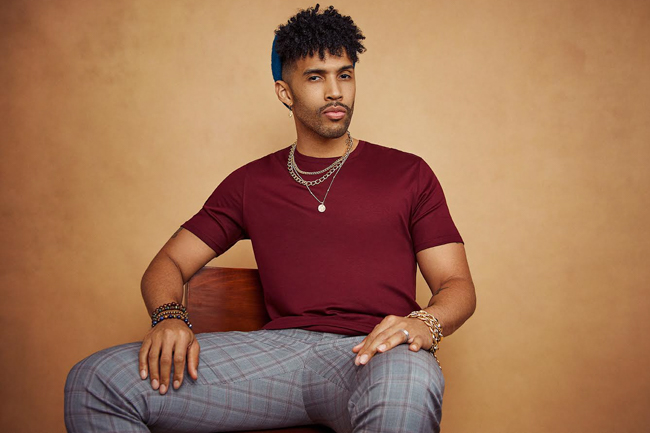 In the heat of summer and the height of civil unrest in Atlanta, LGBTQ R&B artist Larry “Phylle” Carter worked on his fourth album “Worthy” and an accompanying video project that drops this week.

The atmosphere of upheaval fueled him to release all apprehension and inhibition in his creative process, Carter told Project Q.

“It forced me to face and process my feelings in the moment,” Carter said. “There was no ‘I wonder how people will receive this.’ It was all gas, no brakes.”

The Atlanta musician, actor, educator and black gay advocate records mononymously as “Phylle.”  He called “Worthy” his most mature and authentic offering to date. It brings together R&B, Soul and a “healing” vibe, he said.

“When I say ‘healing,’ I mean looking at life and love trauma from an empowering reassuring way,” Carter said. “That is why it is titled ‘Worthy.’ I believe we all are worthy of the life we desire.”

“I wanted this project to be very personal and authentic,” he added. “No flexing, no pretending, just me.”

Carter has been married to Antoine Noan Carter for seven years. With Atlanta’s BLM uprisings broiling in the background while he wrote, he also considered the legacy he wants to leave for any kids they have one day.

“I wanted to do something that I would be proud to leave them if I was no longer here,” Carter said. “In my video for the first single L.O.L. (Love Out Loud) [below], you can see how I have worked to include themes and things that are important to me. That is why I shot at my home.”

The full album “Worthy” drops Dec. 13 on all platforms. In addition to the “L.O.L.” single that’s already out, an immersive 19-minute video precedes the album this week. Carter wrote, directed and acted in “The Worthy Experience,” which goes live on Thursday at 8 p.m. on YouTube Live.

“[The ‘Experience’ video] is where I was more vulnerable and showed the emotional connection between the songs,” Carter said. “I will share the visual, take questions and interact live with people.”

Those kinds of connections with others mean a lot to Carter. In fact, it’s his favorite part of creating music.

“The best part about recording is being able to touch people’s hearts,” he said. “Being able to help people be more kind, more understanding, more loving. That is the blessing of it all.”

In the meantime, Carter keeps a full plate of singing, acting and philanthropy. The pace is snagged only by the pandemic and its restrictions.

“I was on tour earlier this year with the stage play ‘Before Black Lives Matter,’ a Tre Floyd Production,” he said. “We will go back on the road once it is safe for people to come out and see the show.

“With Tre, I am also working on Season 3 of ‘Love, Sex, and Marriage,’ the web series that turned into Tre Floyd’s first hit stage play, and it was my first time playing a leading role in theater.”

You can also catch him on Signal 23 TV in the shows “4 Letter Word and” “About Him.”

“Watch ACTV or A Connection TV,” Carter teased. “I have a role in a movie in the works now. So I stay busy.” 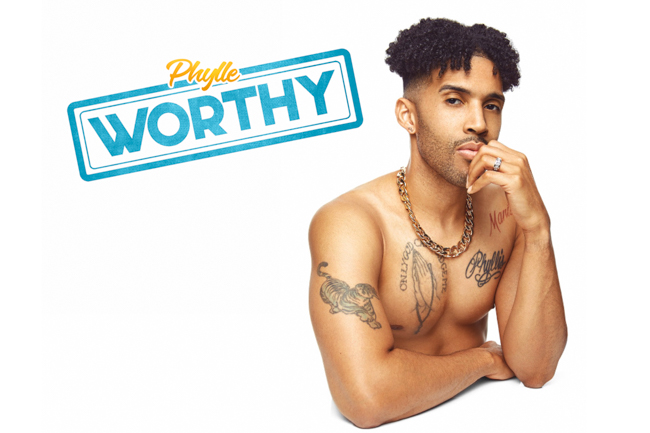 Some of Carter’s time also goes to The Aiken Foundation, which aims to raise and reinvest funds in nonprofits that support minority groups and minority-owned businesses.

“I give my time because I feel it is important to create access and opportunities for those that are working to improve their lives but keep running into hurdles are brick walls,” Carter said. “Everyone does not have the capacity to scale a wall, however with a ladder a wall is easier to have access.”

In a similar way, being Black and gay informs not just Carter’s art, but all of his activities. Being visible as both is critical, he said.

“I believe LGBTQ influences my work the same way being Black does,” he said. “These are part of my DNA. I am not without them. I know the importance of exposure to examples, so I am open about being part of the community.

“In my music, I think I give a balanced perspective though,” he added. “We all experience love, heartbreak, joy and pain, though their origin might be a bit different.”

True to form, Carter said that the unique creativity and diversity of LGBTQ Atlanta holds a lot of potential and avenues to explore every side of ourselves. He also sees places we could be better.

“I would love to see people love and accept themselves more so they will have more space and grace to love those who are different from them,” Carter said. “I see often people who are hurting trying to hurt others or trying to push someone down so they feel tall. It takes time and unpacking of trauma, but if we all take those steps forward together we can build stronger loving communities.”

“We all complain about the change that needs to happen in our community and what we want to see,” he added. “However, it is our responsibility to create that change instead of it being forced upon us.

“Help your neighbor, be kind, smile,” he said. “We all are out here trying.”