Maybe you’ve already screened “Public Enemies” and “Ice Age.” But there’s more to come on the big screen in July.

July 10: “Bruno”
Hold on to your bloomers, because shock-comedian Sacha Baron Cohen is ready to offend and, he hopes, delight audiences. He wants to repeat the impact of the 2006 hit “Borat: Cultural Learnings of America for Make Benefit Glorious Nation of Kazakhstan.” This time around, as I’m sure you’re aware, Baron Cohen plays a gay fashion guru from Austria who traipses through the States, adopting an African baby, making out with me, and shocking the cultural landscape.

If Baron Cohen isn’t your speed, check out “I Love You, Beth Cooper,” featuring Hayden Panettiere from “Heroes” as the titular high school dream date in this teen comedy that looks promising.

July 15: “Harry Potter and the Half-Blood Prince”
It’s been almost a year since the film was supposed to be released. But The Boy Who Lived is finally returning to a multiplex near you.

Daniel Radcliffe, Rupert Grint, Emma Watson, Michael Gambon, Maggie Smith, Alan Rickman, Robbie Coltrain, and Helena Bonham Carter return for the sixth film. Joining the cast are Jim Broadbent (as Professor Horace Slughorn) and Jessie Cave (Lavender Brown). Due next year is the first part of “Harry Potter and the Deathly Hallows,” followed by the second half in 2011. 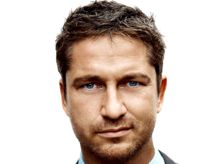 July 24: “The Ugly Truth”
Rumored-to-be-difficult actress Katherine Heigl (“27 Dresses,” “Knocked Up,” “Grey’s Anatomy”) is on the big screen again in another screwball romantic comedy, this time with the roguishly handsome Gerard Butler (photo) (“300”). Butler is a radio reporter and Heigl is a producer who sets out to prove his advice on relationships is crap. Of course, romance and hilarity ensue.

There’s something creepy about the little girl in “Orphan,” so if you need some chills and thrills for the summer, check this one out.

July 31: “Funny People”
Adam Sandler, Seth Rogen, and Leslie Mann team up for this comedy written and directed by Judd Apatow (producer of “40-Year-Old Virgin,” “Knocked Up,” “Year One,” “Pineapple Express,” “Superbad,” and the list goes on). Sandler is a comedian who gets some horrible news about his health and takes Rogen on as his protégé, assistant and friend.

Eric Bana, Jonah Hill, and Jason Schwartzman also star, along with cameos from Sarah Silverman, Andy Dick, and Norm McDonald. Eminem is rumored to return to the big screen in a brief role in this film.