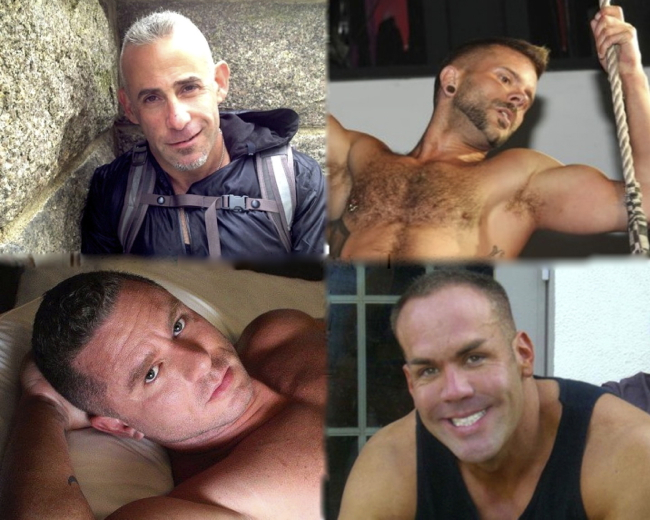 First we had to cast our own fictional “A List: Atlanta” for Logo. Then there’s that real local lesbian reality show in development. Now a reality show ride takes some Atlanta gay men "Queer Across America." The show is the brainchild of North Carolina photographer Keith Bailey, and his concept for “Queer Across America” is simple: Take a diverse group of gay men around the country. Each episode finds the group in a new location, where they visit gay and decidedly un-gay sites, attend events, do charity work, and educate themselves and others about gay life in America. Their views don’t always mesh, and that’s the fun of reality TV isn’t it? “I thought it would be interesting to see how gay people live and play all over the U.S. and eventually the world,” Bailey says. “And yes, ‘Queer Across the World’ is the next step.” The journey begins with shooting a pilot in Augusta on Dec. 7-9, with plans for a second episode to be shot in Atlanta before Christmas. From there, the schedule takes the men to Charlotte in January, and discussions for future episodes have them traveling to New Orleans, Cleveland, Phoenix, New York and Vegas. Atlanta gays can get on board with the project by joining the Indiegogo crowdfuding campaign. After all, the gay locals in the project (top photos) are pretty well known to Project Q readers. Or visit the show's Facebook page for details and a contest to get the crew to other cities. “We chose who we chose because they each brought a very different viewpoint to the table,” Bailey says. “Each of us appears to be a traditional stereotype on the outside, but are really far more than we appear or what people expect.” 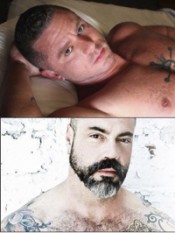 Bailey himself is presented as “The Bear” of the cast, cute twink Quinton Link is “The Youth,” and “The Drag Performer” Bethann Phetamine is also on board. In addition to them, here are the local guys tapped to play their respective roles on the show.

Chandler Bearden (third photo) just keeps racking up the notice since he was named Mr. Atlanta Eagle 2010. Since then, the face of Positive Impact’s MISTER Center, RadFae fave, fire-breather and Project Q’s Bestest of the Best of Gay Atlanta winner also caught our attention in the “Dirty Boys” calendar, hanging from the rafters as a sexy aerial artist, serving Ringmaster realness, and as a Family Feud host at Jungle’s Big Gay Game Show for Lost N Found Youth, to name but a few of his extracurricular activities. Show organizers say “Chandler will keep the cast focused on its charity work.”

Matt Colunga (bottom photo) may be better known locally as the sexy general manager of gay strip club Bliss and the guy who finally got a non-smoking night at Swinging Richards when he was there. Promos for “Queer Across America” say he and his competitively built gym body should provide “the manly man’s point of view.”

Who else could fit that role? It’s our favorite gay marriage panelist, Mayor Kasim Reed invocationer, Pride Seder presider and Purim host. Of course, Josh Lesser (fourth photo) is Atlanta’s gay rabbi, advocate and fulltime leader of the always gay-inclusive Congregation Bet Haverim who is often seen as one of the officiants at Atlanta Pride's annual mass commitment ceremony, too. He’s expected to bring a spiritual perspective to “Queer Across America.”