Just in time to throw into the car with your swimsuit, new albums from Lady Gaga, Leela James, Marina and the Diamonds, Rihanna and Will Young, plus two soundtracks, “Sex and the City 2” and “True Blood.” Listen up. 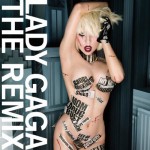 Lady Gaga
“The Remix”
This import album contains 17 remixes, some of them previously unavailable, so if you’re a good Little Monster, you should snap this up. Among the rare remixes included are the decent LLG vs GLG Radio Mix Remix of “Poker Face,” the frenzied Frankmuzik Remix of “Eh, Eh,” the electro-pop Manhattan Clique Remix of “Boys, Boys, Boys,”and the fantastic Glam as You Remix of “The Fame.”

With the midtempo but still cool Monarchy Remix of “Dance in the Dark,” the Eastern-flavored Deewan Remix of “Just Dance,” and the dubby Pet Shop Boys Remix of “Eh, Eh,” this is an outstanding remix package all in all. It’s a shame it is only available as an import. 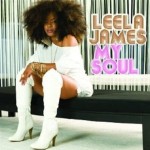 Leela James
“My Soul”
Stax Records is the perfect home for James, her soulful sound, and that luxurious voice. Lead single “Tell Me You Love Me” sounds like it was lifted right out of the ‘70s with its funky vibe and the raw emotion of James’ vocals take center stage. Same goes for the album opener, “I Ain’t New to This,” a powerful declaration of her staying power in the music industry.

That powerful, vibrant, raw voice blends well with different sounds like “So Cold,” which sounds like a soul version of an Annie Lennox song, and “Party All Night,” which shines with pop influences. James is full of pathos and passion with plenty of sass and spunk to boot, so this album is a delight from start to finish. 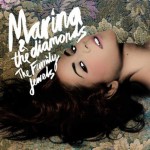 Marina and the Diamonds
“Family Jewels”
Get ready for retro-flavored British pop music. Lead singer Marina Diamandis spits out the lyrics with a fervor and zeal you might not expect from a pop singer—and it works. Diamandis’ voice swells like a tsunami, but one she and the Diamonds surf with aplomb.

“I Am Not a Robot,” the album’s lead single, runs the gamut from staccato instrumentation and sweeping vocals. “Are You Satisfied?” almost steamrolls over you with Diamandis’ forceful delivery on the verses, but the pop-tastic chorus softens things up. One of the album’s best tracks is “Shampain,” which barrels over a driving beat with soaring vocals.

Their music might be an acquired taste for some, but fans of pop music–especially European pop music–should love this album. 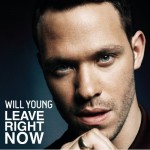 Will Young
“Leave Right Now”
How is it that Young won the “Pop Idol” crown waaaaay back in 2002, but this is his first U.S. album, and it’s only an EP at that? You may remember that he sent shockwaves through some of the British music industry when he declared he was gay, but it certainly didn’t hurt his career across the pond. His debut single went on to shatter U.K. sales records.

I guess people cared more about his honey-smooth vocals and less about who he was shagging? At any rate, his 2004 British hit “Leave Right Now” has been featured on this season of “American Idol,” and he performed the song during Tuesday’s season finale, part 1. Hopefully, you checked him out and saw what we’ve been missing all these years in the U.S. 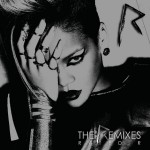 Rihanna
“Rated R: Remixed”
Now this is what I’m talkin’ ‘bout! When it comes to a remix album, other artists should follow Rihanna’s lead. Last year, she gave us the kick-ass “Good Girl Gone Bad: The Remixes,” and she follows up with this compilation with 10 tracks from “Rated R” remixed by Chew Fu, one of the hottest remixers on the scene today.

New versions of the original album’s four singles are all here, along with remixes of “Mad House,” “Wait Your Turn,” and “Stupid in Love,” among others. Ri-Ri, your gays love you even more! Janet Jackson, please pay attention. 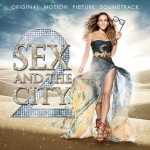 Various artists
“Sex and the City 2: Original Motion Picture Soundtrack”
While the soundtrack for the first “Sex and the City” movie was a triumph thanks to sharp original tunes, fabulous covers and sublime remixes (closely followed by the subsequent second volume of the soundtrack), the one for the second movie pales in comparison, I’m sad to say.

As a devotee of all things “SATC,” I want to gush about the brilliant choice of songs and artists, but most of it is just boring. Leona Lewis and Jennifer Hudson snoozing through “Love is Your Color”? Boring. Alicia Keys’ cover of Blondie’s “Rapture”? Boring. The songs from the Sex and the City Men’s Chorus? Boring.

While Liza Minnelli covering “Single Ladies (Put a Ring On It)” is certainly not boring, it is one of the most bizarre things I’ve ever heard. That said, Michael McGregor’s “Euphrates Dream” is an outstanding track, and Dido’s “Everything to Lose” is engaging and mellow, all at the same time.

And get ready for the movie, which opens Thursday, with a look back at our 10 favorite moments from the TV series. 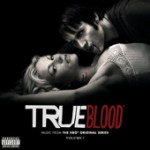 Various artists
“True Blood: Music from the HBO Original Series, Volume 2”
The folks at HBO got everything right that they got wrong with “SATC” with the second volume of music from “True Blood.” Quirky, dark, sensual and down-home are all words to describe the songs on this album.

Among the best are “Shake and Fingerpop” by Junior Walker and the All Stars, “Bad Blood” by Beck, “Evil (Is Goin’ On)” by C. C. Adcock and Jace Everett, and “Gasoline and Matches” by Buddy and Julie Miller.

King Britt and Sister Gertrude Morgan team up for the spellbinding “New World in My View” and Bob Dylan wraps things up with “Beyond Here Lies Nothing,” the perfect tone for the series. iTunes features a deluxe version with four bonus tracks, including Everett’s acoustic version of the show’s infectious theme song, “Bad Things.”