Never, ever put the ex’s puppy in a hot oven 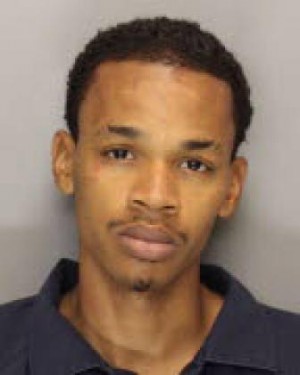 When relationships end, the breakups sometimes go badly. Clothes get bleached, email accounts get hacked, wallets get stolen and the cops get called. But never, ever, ever hurt the ex’s dog. Got that, Gary Moore Jr.? Moore, a 25-year-old gay metro Atlanta man, was sentenced on Thursday to 90 days in a Cobb County jail for putting a 20-month-old puppy into a hot oven as revenge against his ex-boyfriend. The pit bull mix suffered serious injuries to her paws, head and tail. Not cool, Gary Moore. Not cool at all. Moore’s excuse? He was depressed. Like clinically, if you believe the story from his attorney.

Speaking on his own behalf, Moore, who was 24 when he was arrested, told the court that the incident resulted from a tumultuous relationship with his boyfriend combined with his now-diagnosed mental issues. “It was just a very stressful time, and it just will never happen again, and I just appreciate everyone's time,” Moore said.

The sentence, on a felony animal cruelty charge, was part of a plea deal Moore struck with prosecutors. He’ll serve 90 days in jail and the rest of his five-year sentence on probation. And hopefully, away from dogs. After Moore (photo) put the pup in the oven, he refused to seek medical attention for the dog. His roommate took the dog to a veterinarian four days later. During a bond hearing in June 2011, investigators detailed how the incident unfolded.

Detective Steve Nolan testified in court that Moore confessed to putting Melody in a hot oven, saying the puppy had reminded him of an estranged boyfriend. “Their relationship was not going forward and at that point he grabbed the dog, placed it in the oven, closed the door and held the oven door shut for a period of a few seconds,” the detective said in court. Moore told the detective he released Melody when she began howling, but did not seek medical treatment for her.