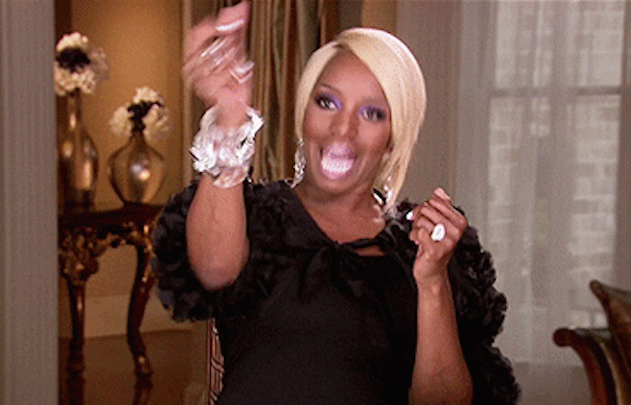 No matter how many more seasons of “Real Housewives of Atlanta” come without her, there will always be one above the rest. NeNe Leakes moves into her next phase with gay Atlanta securely on her lips.

This diva knows where her bread is buttered – on the gay side. She tells Out that her gays go back to fellow cheerleaders in high school, and that they continue to show her how to serve a good read.

Back then it wasn’t as acceptable as it is today, but this gay guy—everybody knew he was gay because he had a perm in his hair, honey—he was giving you gay reads and we didn’t know what a read was. But I’ve been around the gays forever—I had a couple gay cousins. I mean, they invented everything, so I’m all about the gays, child.

Right you are, girl. On the eve of Atlanta Pride and her plans to celebrate it with a few hundred gays at a pre-party, Leakes went on to talk about her base of gays in Atlanta and how we think she’s transgender. Well, we did call her a drag queen that one time.

My relationship with the gay community is great. They love me, they support me a hundred percent. I think they think I’m transgender. And that’s fine. [Laughs.]

Seriously, some of them are like, “Girl, you are really a gay man.” OK, I’ll take that. I find it to be a compliment, honey. I’m a gay man that pushed out two boys. [Laughs.]

Leakes takes time to plug her upcoming reboot of “To Tell The Truth” with Betty White – who she has nothing but praise for, natch – and wraps the discussion on how to give a good read by going over some of the most gif-able moments on Housewives. Turns out, her favorite gifs and her best reads can be summed up in one word: Bloop!