NeNe Leakes denies it, but “The Real Housewives of Atlanta” star keeps fanning the flames of homophobia and did it again on Sunday dismissing a gay sidekick as “queen,” “girl” and “girlfriend in a red gown.”

Then she tries to play victim.

The linguistic mess unfolded on Sunday's episode of the hit show as the ladies tried to unravel a two-part brawl that started with Brandon DeShazer, Kenya Moore's gay friend, getting pounded by Apollo Nida. Not in the way you might hope.

As Leakes tries to shift blame away from her, she peppers her conversations with gay slang (watch above). She's done it before with equally offensive results.

These “real housewives” may claim that they’re for same-sex marriage and LGBT rights, but most of the women in the cast (not all—Kandi Burruss never “drags it up” for the camera) are deeply ignorant and strangely receive a pass for their bigotry. The homophobia from RHOA is much more damaging than anything from the bearded men of Duck Dynasty, who never framed themselves as allies.

Gay men may style their hair, compliment their shoes and “teach” them how to throw shade, but at the end of the long-weaved day, the Georgia peaches of reality TV still see gay men as AIDS victims, queens or f–gots.

“I was really disgusted by that,” Kenya emphasized to Andy Cohen. “It was disgusting to watch someone that's built her entire career off of copying gay men's lingo… for her to make defamatory and humiliating remarks. I think it was uncalled for and it's no place to gay bash.”

P.S. Did I hear someone say I was “gay bashing” because I called Brandon a queen? Really? Bravo has a show called Fashion Queens with two very out gay men in women’s clothing, makeup, jewelry, and high heels! Are they “gay bashing”? Try something else, boo, because that won't work! Girl, bye.

However wrong it was for Leakes to sling gay slang to belittle and dismiss, she also got her fashion wrong. DeShazer was dressed in red satin pajamas, not “a red gown” as Leakes claimed. 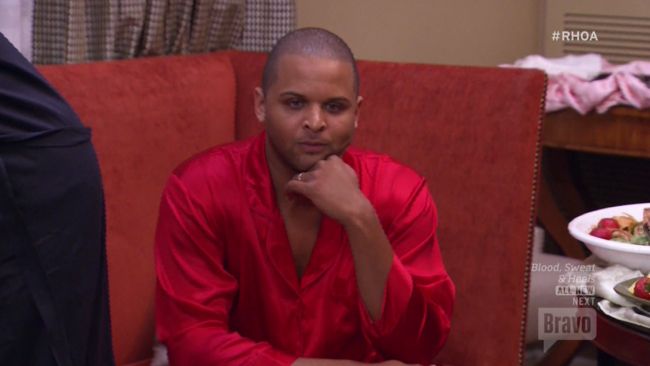 At least until his top was ripped off during the Pillow Talk party fight. 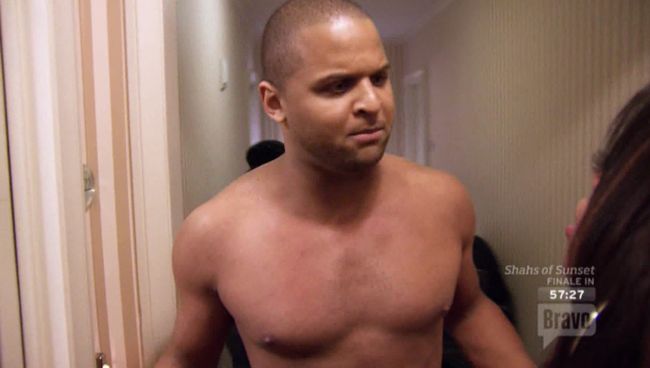 Then he donned a flat cap to try and hide his black eye and scraped chin. 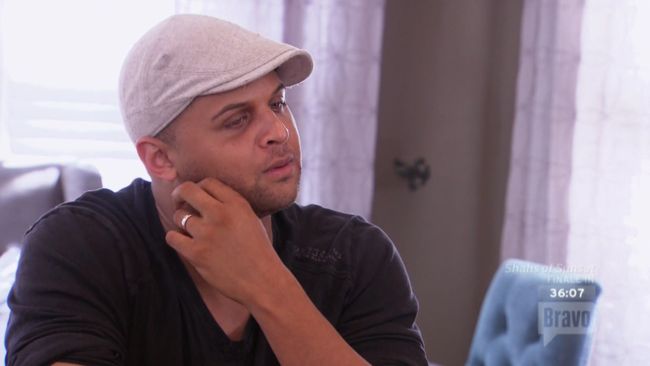