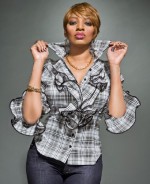 If you just can’t get enough of gay-fav NeNe Leakes from Bravo’s “The Real Housewives of Atlanta,” she’s scheduled to stop at Outwrite Bookstore & Coffehouse today at 2:30 p.m.

She’s on a publicity tour pitching her new book, “Never Make the Same Mistake Twice.” Odd title, since the show just started its second season and critics might suggest Leakes did make the same mistake twice in again hitching her wagon to it.

But that’s of little matter to us. She loves the gays and we return the favor. Outwrite says it’s an “unofficial appearance” and she’ll be available to sign copies of her book. Maybe she’ll dish on part two of the catfight with her castmates that airs tomorrow.