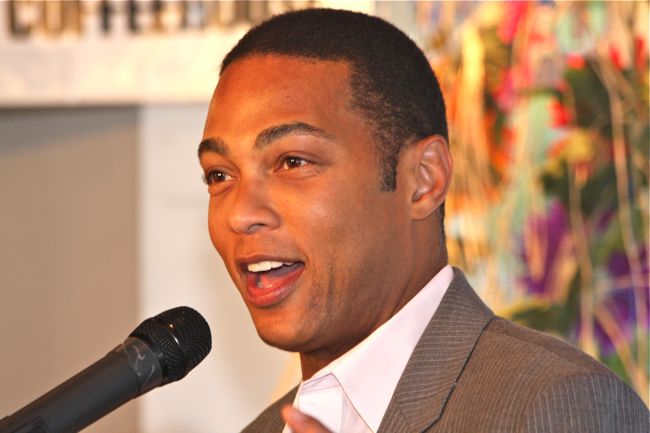 Not so shy gay CNN anchor Don Lemon is taking fire from some LGBT activists over his tough-talking commentary on Saturday, in which he agrees with an anti-gay news host about what ails the black community.

Lemon, unmoved by his critics and Twitter detractors since airing his seven-minute "No Talking Points" agreeing with Fox's Bill O'Reilly, followed it up with a panel discussion on Sunday and an appearance Monday on "The View."

Thanks for all your comments.. Needed to be said. Appreciate the feedback. #CNN #NoTalkingPoints — Don Lemon (@DonLemonCNN) July 27, 2013

What started the debate? Lemon summed it up in this tweet on Sunday.

But he ignited the debate on Saturday. Watch below as he agrees with O'Reilly and then expands on the Fox host's assertions about "the disintegration of the African-American family," "the drug situation" and the entertainment industry promoting "gangsta culture."

"In my estimation, he doesn't go far enough. Because black people, if you really want to fix the problem, here are just five things you should think about doing," Lemon says before ticking off his list: pull up your pants, no more n-word, respect where you live, finish school and no more babies out of wedlock.

"Walking around with your ass and underwear showing is not OK," Lemon adds as he throws in a little historical perspective that saggy jeans originated in prison to determine which role guys take during male-on-male sex. No homo.

Over the past few months, I've seen Don Lemon in Harlem quite a few times. He's always friendly and always says hello, even when I don't recognize him in his street clothes. And although I understand his frustration with some things in our community, I fundamentally disagree with the views he expressed this weekend.

You see, as a relatively privileged well-educated Black man of a certain age, I have to agree with Lemon that sagging pants and littering teens bothers me. Nor do I like to hear the N-word every time I walk to the corner store. That was not my life experience as a product of the suburbs. But I also know these community issues are not the main problem facing young Black kids today.

Atlanta author and LGBT blogger Darian Aaron said that Lemon should be up for a "Negro Please" award, not the Uncle Tom award he's expecting. He should also stop talking from "his privileged and distorted lens," Aaron added.

Using the language of a GOP talking head on a racist "news" network is not the way to engage the AA comm. @DonLemonCNN — Darian Aaron (@loldarian) July 29, 2013

For now I just want him to have several seats and stop offering unsolicited advice through his privileged and distorted lens. @DonLemonCNN — Darian Aaron (@loldarian) July 29, 2013

Some critics worried that Lemon's commentary would impact his sex life. He's now single, after all.

Worst of all, Lemon admits during his No Talking Points segment that he's moved to Harlem. Buh-bye, Atlanta. Do they have gladiators there?