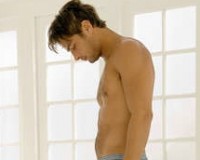 You’ve been adamant that man-to-man oral sex will not lead to infection. Well, if you’re so sure about it, answer me this: Would you personally go down on a guy that you knew was HIV positive?

It’s so easy for you to pass judgment on people who refuse to sleep with HIV-positive guys.

You’ve been adamant that man-to-man oral sex will not lead to infection.

Well, if you’re so sure about it, answer me this: Would you, Mike, go down on a guy that you knew was HIV positive?
–Need to know 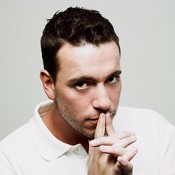 I have to admit, I’ve agonized over your question because it forces me to reconcile my professional answers with my personal behavior. And you know, sometimes the two don’t match. Not because I’m hypocritical, but because I’m human. I have done some very stupid, unsafe things, and I hope that’s why some people read my columns—because I aspire to progress without pretending to be perfect.

Professionally, I know I have a better chance of getting hit by a bus than getting hit by an infection if I went down on a poz guy, but personally, would I do it? I can’t answer because it’s an unfair question. I don’t do hypotheticals unless you give me real-world situations.

Would I go down on a positive guy? Well, tell me… did I just meet him or have I known him for a while? Is it a one-night stand or the fourth date? Is he OK looking or is he hot?

Would I go down on him if it were a one-nighter? No. Would I go home with him? Absolutely. Like any thinking man, I take into consideration a constellation of factors before I dive in to bed with anyone, much less dive below the sheets.

So if you really want to know whether I walk the talk, the answer is yes. Most of the time, anyway. Hey, I said I wasn’t perfect.

So if you want me to dispense with the professional advice and peek into my actual behavior, here’s my personal blueprint for deciding what to do if I meet a poz guy I’m attracted to:

• No, I would not go down on him. That’s me. It is generally accepted as safe if there are no abrasions in the mouth.
• Yes, I would go home with him. I’d rather trade hand-jobs with a hottie than go home alone and make my dog nervous.
• Yes, I would let him go down on me, as long as I checked and made sure I didn’t have any cuts or scratches on my dick.

• Yes, I would go down on him. But not without knowing the details of his status—is he on meds? Is he undetectable?—and checking for blisters, cuts or scratches in my mouth. I also wouldn’t brush my teeth for a few hours beforehand. These things checked off the list would put my risk of infection at about, oh, zero.

Listen, figuring out a code of personal behavior against the backdrop of this disease isn’t easy. It’s like dieting—if you’re too restrictive, you’ll end up binging and getting fatter. If you’re too permissive, you’ll never lose weight.

Let me leave you with a tip: Don’t go home with anybody without asking them their status. You can up the odds of getting an honest answer if you preface it the way I do: “It’s not going to make a difference whether I go home with you or not, but I’d like to know your status.”