So you used to be a manwhore. You had your fun, but now it’s coming back to bite you in the ass, and not in a good way. First, chill. Then check out these tips on restoring your precious rep. 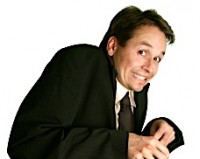 Hey Mike!
When I was younger, I was a tad promiscuous. And by that I mean I slept with half of the city by the time I was 19. I don’t regret it because I enjoy sex, and it was my own choice. I still have sex, but not nearly as much as I used to.

The thing is, because of my past, it’s making it kinda harder for me to find a boyfriend. Whenever I meet someone new, they either know me as a slut or they find out through their friends. How can I get past my “reputation” to land a lover?
–Tainted 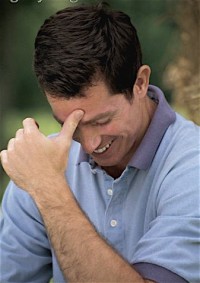 I’d rather hear that you’ve stopped plugging every opening you walk by because it’s no longer fulfilling, not because you’re scared of what people will think. If you’re serious about taming that Access of Evil between your legs, you’ve got a few options, but before we go into that, allow me a rant:

So what if you speak eight languages and you can’t say “no” in any of them? So what if you walked around bars with a mattress strapped to your back? That’s part of coming out. You have nothing to apologize for.

Long-term, you need to stop caring so much about what other people think, or you’ll lose your own identity. Still, I’d be a fool not to acknowledge that many people do care about your past and would rather judge your history than your character. Here are your options:

Move. It’s the quickest way to restore your reputation. Unfortunately, it’s also the most expensive and disruptive. I’d only recommend this if you live in a small town that’s forced you to wear a scarlet letter (T for tramp).

Wait it Out. As old meat moves out, new meat moves in. This takes patience. No, the word doesn’t refer to somebody sitting in a doctor’s waiting room; it actually refers to calmly watching time go by.

Change your Hangouts. Go where people don’t expect you to go. Join sports clubs, book clubs, anything that gets you out of your normal surroundings.

Get a Makeover. Confuse the hand-wringing sex-phobics who actually think your “reputation” defines you. As my drag queen friends like to chant, “A little make-up, a little paint, will make a man what he ain’t.” I’m not proposing mascara, but do change your hair, your clothes, your look.

Change The Way You Flirt. Showing guys you don’t know how your tongue doubles as a throat plunger is not going to help your cause. Pay attention to what you’re doing in public. If you’re a handsy kind of guy who hangs all over people, kissing and touching them as if they’re your lovers, STOP. You’re reinforcing the reputation you’re trying to get rid of.

Reputations aren’t like hymens. Once they’re ruptured, you really can get them back. But don’t go sex-negative on me, and for God’s sakes don’t turn into a priss who can’t shit without prunes.

Promiscuity served a purpose for you, just as settling down will. Don’t ever apologize for being human.