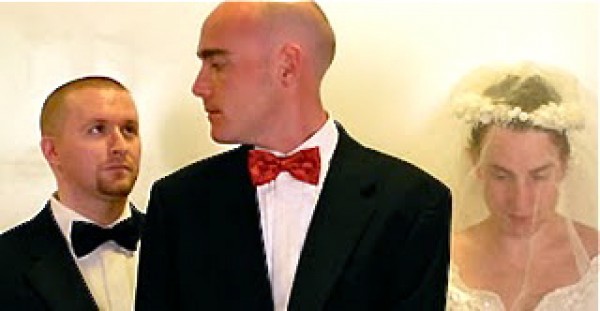 She saw all the signs and ignored them. Now he takes advantage of their backgrounds to soothe his religious guilt and play on hers. A little Simon and a little JLo on how to stop playing the victim.

Hey Mike!
I’m writing because I am married to a man who I believe is gay. We’ve never had sex — not before or after the wedding. Not even on the honeymoon night. From comments he’s made and where his eyes wander, I believe he is attracted to men, not women. He makes constant references to cute men, tight asses, loving the way males look and feel, and so forth.

I should have known — all the signs were there — but I liked him so much as a person and I was terribly lonely.

I believe he only married me because he was trying to deny his Southern Baptist upbringing in the belief that homosexuality was a damnable sin. Being married made him “safe” and meant he didn’t have to face some facts about himself. I hate him for using me as his “beard,” but I also I know I should have cut it off before saying “I do”.

He refuses to have any physical contact, let alone sex and won’t even consider counseling to work things out. As best as I can tell, he seems to expect me to live a life of faithful celibacy. I don’t have any friends I can go to. My family, also strong Southern Baptists, refuse to countenance the idea of my leaving him for another life. I don’t have any money of my own, and I don’t have a car. What can I do to get out of this awful situation?
–Sad and Broken 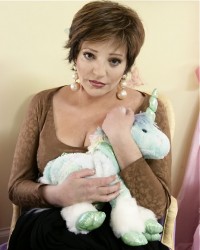 You married a guy that was gayer than Christmas at Bloomingdale’s, and it’s just now occurring to you that it won’t work? Honey, those weren’t clues he was throwing at you, they were meteors.

And now you’ve gotta crawl out of the holes they’ve made. Or rather you made. Accepting responsibility is your first step. Don’t kid yourself—you aren’t a victim; you’re a volunteer. He may be an asshole, but you gave him all the encouragement, compliance, and an unwillingness to leave that enabled his behavior.

That ends the Simon Cowell portion of the column. Time for a little Jennifer Lopez. Start by making a promise to yourself: “I’m going to leave him and find someone who loves me for who I am, someone who will pound me into the box springs so hard I’ll have to change the mattress every year or so.”

OK, that’s still more me than Jlo, but still. If you don’t commit yourself fully to the objective you’re never going to live through the strategies, because trust me, they’re going to be tough.

Strategy #1: Find someone you can talk to. A caring pastor, a priest, a community counselor who won’t charge you.

Strategy #2: Google yourself to salvation. Put in something like “help for women” and you’ll find sites like womansdivorce.com and thewomensalliance.org that can help you get clothing, transportation, financial advice and more. These sites offer great advice for gay men trapped in seemingly hopeless gay relationships. You ain’t the only fool out there, you know.

Strategy #3. Be clear with yourself and be patient. “I’m getting a new life” and “I know this is going to take a while” should be your mantras. Now go and get yourself unfooled.