While I consider myself average, it seems almost everyone I sleep with is bigger than me. Is the average gay penis longer? And can you explain the correct methodology for measuring whatcha got? 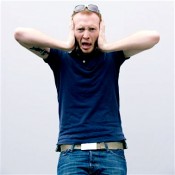 When God handed out endowments, I must have thought He was fundraising for a college and I took a pass. While I consider myself average, it seems almost everyone I sleep with is bigger than me.

I know the average dick size is six inches, but I’ve tricked with enough men to make an accurate and valid scientific study regarding erect penis sizes. And to me, the average Caucasian prick is more like 7 inches.

Would you say I’m incredibly lucky with the men who hop in bed with me? Or is it that the average gay penis is longer than the average straight penis? And while you’re at it, can you explain the correct methodology for measuring your cock?
–Been There, Sat On That

Since when does being a whore make you a scientist? Listen, Trampolina, I don’t care if you’ve slept with more men than Paris Hilton at a photographer’s convention, your opinion doesn’t qualify as fact.

You need a random selection of men and an accepted way of measuring them before you spout off scientific claims. Last time I checked, it is not acceptable science to size up a penis by how much it hurts going in.

So here’s the bad news: The average penis size is not six inches. The “six inch myth” got started when Kinsey did his landmark penis size study back in the ‘50s. Although there were 2,000 men in his study, it had a fatal flaw—the results were self-reported.

Men were asked to go into a room, get themselves hard and measure themselves. Now tell me, would you believe anything coming out of a man’s mouth while he’s holding his dick?

Men always lie about size. Why do you think we came up with maps that associate an inch with a mile? Realizing that too many men were backdating their stock options, urologists developed a new way of measuring the size of the prize: a third party.

So now, every legitimate penis study includes medical staff doing the measuring and reporting. And guess what happened? The average erect penis size shrank from Kinsey’s 6.2 inches to 5.1 inches. Yes, the average size is just over five inches. Kinda makes you weep, doesn’t it?

If you want to know your exact measurements, here’s how to do it: 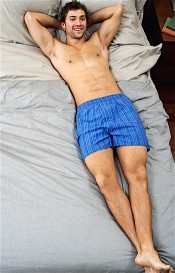 Get undressed in room temperature. “Shrinkage” will occur if it’s cold. I don’t know about you, but I want every millimeter counted.

Lie on your back and start where the base of your penis meets your stomach. Do not start from the back of your balls. Nobody includes the basement when they quote the height of a skyscraper, so don’t include the tip of your ass in quoting yours.

Read it and weep. Most men will fall between four and six inches, with the average being 5.1 inches.

Now, here’s an interesting trick I learned from a condom company. If you want to find out if you have a big dick without measuring it, then put a tube of toilet paper over your erect penis.

If it slides all the way down to the base, you’re average or below average. If it gets stuck, then pop the champagne corks because you’re one of the lucky few. Yes, few. Condom manufacturers estimate that only 6 percent of the population needs extra-large rubbers. I know–another reason to cry.