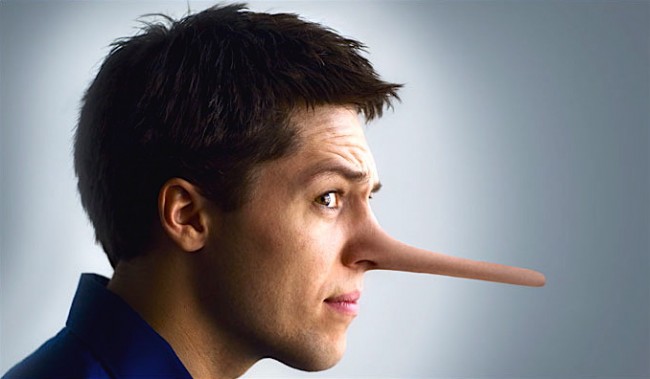 Hey Mike!
I’ve had a couple of bad experiences with guys from my gay hookup app and online sites showing up at my door looking 20 years older than they say they are—and three inches shorter than advertised, if you know what I mean.

Is it bad karma to turn away a guy at your door if he totally lied about himself? Or should I be nice, let them in and let them down gently?
–Feeling Guilty 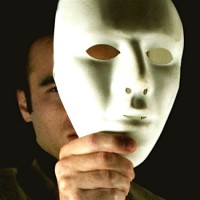 I don’t think you have the right to turn them away. You have the obligation to do it. Don’t confuse bad karma with good sense. You should be punishing liars, not rewarding them.

Let’s face it. There are guys online who lie so much their business cards should say, “Professional Liar.” These guys are counting on your horniness to blur your vision and turn their visit into a Convenience Fuck. The best way to stop them is to insist on lots of pictures before you meet. If the pics don’t match or look suspicious, meet them in a neutral place or don’t meet them at all.

The whole lying thing reminds me of a concept called, “The Tragedy of the Commons.” Here’s the condensed version: If individuals exploit the resources of a common piece of land without thinking about the costs of that exploitation to other users, the land will wither and die. Hence, the “Tragedy.”

If online sites are the land, then trust is the resource. Anybody who lies about something important is exploiting “the commons” for their own personal gain and ruining it for others. That’s why it’s so important that you call out liars.

Now, almost everyone fibs and fudges online, according to a study quoted on WebMD. In fact, the study showed 81 percent of online daters fib. That’s for heterosexuals. Can you imagine what it is for gay guys? You’d have to have advanced degrees in trigonometry, statistics and geometry to scale the heights of that number.

Fortunately, the study shows that “extreme lies” are rare, probably because the people who tell whoppers get tired of doors slamming in their face. The eventuality of meeting limits the lying to acceptable and undetectable levels. By the way, the majority of the fibs in the study were about age and weight, and most of those were fairly undetectable in real life. For example, stating that you weigh 160 pounds when you actually weigh 150 pounds.

So how do we avoid the “Tragedy of the Commons” in online hookups when most of us are going to fib? By making sure that the lies do no harm.

That means never lying if:

It compromises the other person’s values. If he believes in monogamy, and you lie about being single, you just manipulated him into violating his own moral code. Don’t do it.

It puts his health and safety at risk. That includes lying about STDs, drug use, or worse, owning the complete collection of Olivia Newton John albums.

It pisses him off because the lies are so fucking obvious. It’s OK to lie about your age if you really look the age you’re lying about. But if you say you’re 28 and you look like you owe Jesus three bucks for the lumber, then that’s not OK. It’s OK to lie about your weight if you’re near the weight you’re lying about. It’s not OK if the guy’s looking for a slender build and you’re so fat you were born on the 4th, 5th and 6th of July.

Bottom Line: If somebody lies about something important, turn him away. Don’t be rude but do be direct. Just say, “I’m sorry, but you don’t look anything like your pictures or anything in your profile. This isn’t going to work. Goodbye.”