Need Wood? Is my boyfriend a sex addict?

Your idea was to crack the door open to other partners in your relationship. His was to blow it off its hinges. Determining whether your boyfriend is just a whore or an addict all comes down to consequences. 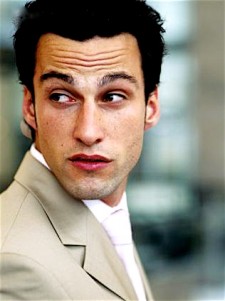 Hey Mike!
Is there such a thing as too much cruising? My boyfriend and I have an open relationship. When we made the arrangement, I thought it would give us a chance to spice things up a bit.

Recently though, he wakes up and spends at least an hour each morning cruising for dick. And when he finally makes it to the office, he’s frequently working his Crackberry for a nooner or an after-work hookup.

Is his sex binging an addiction?
— The Price of Spice

Dear Price:
Whores and sex addicts may share the same “drug” (dick), but they have completely different experiences with it. Addicts suffer negative consequences from their behavior. Whores don’t (well, except for the occasional penicillin shot).

Having too much sex is never a problem until it becomes a problem. The fact that you wrote tells me there is one. A big one, actually.

You wanted to spice things up, but he went all-spice, all the time. Which any cook will tell you, ruins a good meal.

There are two issues here, the first being the state of your relationship. It doesn’t sound like you’re as bothered by the addiction to other guys as the loss of his attention. That’s easy enough to fix with some rules, starting with M-O-D-E-R-A-T-I-O-N.

But his lack of moderation leads to the second issue: Has he gotten so hooked on that new dick smell that it’s become a problem in itself?

There’s an old Chinese saying: “If you don’t change the direction you’re heading, you’re going to end up where you’re headed.” Meaning, if he keeps going the way he’s going, he’ll end up in trouble with his job, his health, and with you.

Is he a sex addict? Labels don’t matter; consequences do. Still, he’s showing every sign of an addict—mounting consequences coupled with an inability to stop.

Here’s how to tell if he’s gone too far and needs help:

You’ll know you’ve got a problem if A) he gets enraged and refuses to become even temporarily monogamous, or B) if he calmly agrees but keeps dick-hunting behind your back.

If he does either, it’s therapy time. He’s a car crash waiting for a telephone pole. Don’t stand there and let it be you.

One last thing about addiction: Most people think if they have “x” number of tricks they cross the threshold from having a high sex drive to being a helpless sex addict.

Sex addiction Guru Patrick Carnes (“Out of the Shadows”) addressed the idea of equating sex addiction to an arbitrary number in an interview with Esquire a while back. He said, “That’s like asking how many drinks make an alcoholic.”

In other words, the difference isn’t in the number of guys your boyfriend is doing, but in the severity of the consequences he’s creating.