Need Wood? How to handle first night of sex

READ MORE | Catch up on all the Need Wood? columns on Project Q "I like to go on two or three dates before I sleep with someone. I love the anticipation, but sometimes it makes me stressed out. Are there "rules of engagement" for the first night of sex?" Hey Mike! 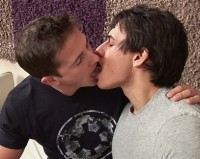 I hate one-night stands. I’m the kind that likes to go on two or three dates before I sleep with someone. I find that the morning-after regrets are fewer this way. I love the anticipation and build-up of waiting, but with some guys I’m so attracted that it actually makes me feel a little anxious and stressed out. Are there ‘rules of engagement’ for the first night of sex? --Patient but Nervous Dear Patient: Since I’ve never waited two or three dates to have sex, I don’t have the vaguest idea what to tell you. 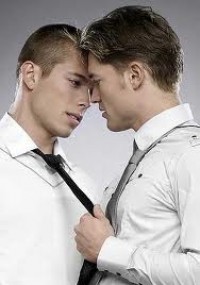 Once, at the end of a first date, we were sitting on his couch making out when my hands migrated south -- they do that in winter. And spring, summer and fall. They just like the climate down there. Anyway, the guy says, “I don’t do that on the first date.” I said, “How about on your last?” I don’t recommend that course of seduction. It leaves awful bruises. But here’s what I do recommend: Don’t move in. If you're staying at his place, don't pack an overnight bag and wheel it into his place after dinner. It's too pre-planned, and you'll make the guy think he’s going to need a crowbar to pry you out of his house. Don't talk about your past sex life. One date and I were walking up to his apartment and he says, "This place looks so familiar. Oh, I know why. I fucked a guy who lives down the block." Even I don’t want to hear that shit. Don't take too long to “slip into something more comfortable.” Taking too much prep time kills the moment. You don't want guys thinking you've got explosive diarrhea or that you're having a tough time removing your prosthetic leg. Don’t be the man that sense forgot. The first time I had sex with this guy I really liked, he opened his backpack and dozens -- and I do mean dozens -- of condoms in different sizes fell out. True, I brightened up and said, “Yeesssssss!” But most people wouldn’t. Save the heavy-duty stuff for later. The first night in bed is a "sexual first impression." It sets the tone and expectations for later dates. Keep sex plain and simple the first time. If he sees your closet bulging with leather strap-ons, motorized butt plugs, double-headed dildos, and electric tit zappers, you might scare him off. You might keep even the milder inclinations under wraps. If you like "Tabasco Talk," save it for another day when spicy nouns and verbs will get a better reception. The first night is vanilla night. From then on, you can start giving vanilla a reputation. Make the first move if he doesn't. Some guys may be pawing the ground to get at you but are just too shy or scared of rejection, so they don't initiate. Don't assume that just because he hasn't made the move he's not interested. Be playful. Your first time with somebody, especially somebody you care about, is bound to cause a little stress and anxiety. You're on a sensual adventure, not a sexual interview. Concentrate on fun, and the pleasure will follow. And remember, smile. It’s the second best thing you can do with your lips. Go out for dinner, don’t cook. You’ll be too nervous and end up burning the meal or something. Besides, you don’t want to force him to eat something he doesn’t want. That comes later, when you’re boyfriends.

Contributing blogger Mike Alvear is an Atlanta-based columnist, author and TV personality. Dating life in the dirt? Download his ebooks, "Meet the Hottie in the Corner," and "Attract Hotter Guys with the Secrets & Science of Sexual Body Language." Have a question for Need Wood? Just {encode="[email protected]" title="send it in"}.