Need Wood? He’s a jerk, and you’re the problem

When your boyfriend is sleeping with his gay cousin, bringing home STDs and acting angry at you for bringing it up, it’s not time to take a look at his behavior. It’s time to seek help. 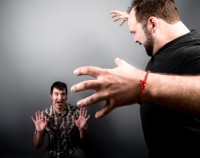 I’ve been with my lover for 10 years. Recently I found out he’s been having sex with his male first cousin who is HIV-positive.

Since it started, he’s gotten Chlamydia in the throat and anus and takes an oral–and anal–form of Mycelex.

I love him with all my heart, but he is now starting to get hostile with me since I confronted him about it and expressed worry that I’m going to get HIV from him.

Is there any help for people like me who are co-dependent and in love? Is this normal for two first cousins who are gay to have sex? I am confused and hurt.
— Don’t Know Anymore 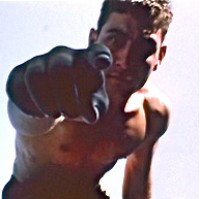 I just want to make sure I have this straight. He puts you in danger of contracting a possibly fatal disease and shows no concern for your health?

Wow, it must really hurt to have your lover wipe his feet on you every time he walks in the door. Isn’t the “Welcome” sign wearing out from all the shoe leather?

You need to go from doormat to doorman. Instead of welcoming him in, you need to keep him out. I’m all for forgiveness and giving people another chance, but your jerk boyfriend is acting like a guy suing the police for catching him in the act of robbing a bank. He owes you explanations, not hostility. He owes you apologies, not indifference.

Your objectives, and in this order, are:

• Help in leaving him.

• Help in figuring out why you think so little of yourself that you’d put up with this kind of shit. You found out about this travesty, so what’s he done that you haven’t found out about?

• Help in making sure that you never play the role of emotional masochist in future relationships.

Good luck, and please give your partner my heartiest “fuck you.”