When it comes to dating players or incompatible partners, second chances aren’t for him to stop doing wrong; they’re for you to get it right. Listen to yourself when you write letters like these. 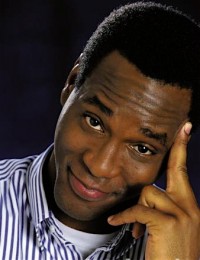 So I met this out-of-town guy who’s planning to move here. It’s been incredibly passionate with lots of talk of what will happen between us when he moves here permanently next year.

Then at the bar, I found him giving his number to some guy. When I challenged him on it, he said he was just trying to make friends for when he eventually settles here. Things deteriorated after one of my friends said my guy was flirting with him.

So, I gave Mr. Moving Here a choice: I’m either just an out-of-town shag–in which case, no hard feelings and good luck–or is it more? He insists it’s more and wants to be boyfriends.

Do I cut and run or give him the benefit of the doubt?

Dear Confused:
I don’t know who’s worse—him for being such an asshole or you for being such a blind one. I mean, what are you going to say when you catch him in bed with somebody else–“Honey, that better be me you’re fucking, or we’re through!”

Welcome to the Isle of Denial. Population: You.

It’s a wonderful place to live, really, except you can’t hear reality knocking on the door and yelling, “Let me in, I’m a fact!”

And the fact is, he’s a player. Nothing wrong with dating a player, but know what you’re in for. Here’s the best way: Pretend you’re watching a movie about Mr. Player, hit the mute button and pay attention only to his actions. As you can see, the movie’s fun but the ending sucks. 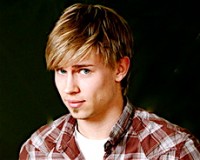 I’m in a relationship with a guy who’s 12 years older than I am. He’s cute, nice and rich. It’s the last part causing the problem.

His job keeps him busy all the time. When we’re together, he says he loves me and is the nicest man in the world, but he never calls me during the day. When I call, he doesn’t pick up even though he knows it’s me.

Dear Call Block:
Well, I guess the population on the Isle of Denial just went up by one.

Look, a man is what he does, not what he says. If actions speak louder than words, then your boyfriend’s behavior should’ve burst your eardrums along with your heart. Because he’s saying, “I love you, but not enough to pick up the phone.”

He clearly does not want you in his life anymore than you’re in it. The answer isn’t to break up, but to wake up. You’ve broken one of gay dating’s most important commandment: Thou Shalt Not Let Him Become Your Priority While You Remain His Option.

There might still be a way to save this. Change your approach, and he might change his mind. Stop calling him and only call him back.

In fact, mirror the timing of his calls. If it takes him four days to call you from the last time you saw him, take four days to call him back. The point is to give him some breathing room, balance out the power in the relationship and make him look at you as something more than just a convenience.