“I’m getting sick of my friend claiming he’s bisexual when he only goes to gay bars. At best, it’s wishful thinking; at worst it’s internal homophobia. How do I get him to admit he’s gay?” 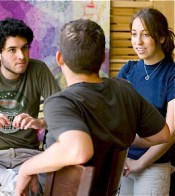 I have a friend who insists he’s bisexual, but I’ve never seen him with a woman. I’ve certainly seen him with plenty of guys, though.

Don’t you think he’s a little delusional when he describes himself as “bisexual?” At best, it’s wishful thinking; at worst it’s internal homophobia.

I’m getting sick of my friend claiming he’s bisexual when he only goes to gay bars. How do I get him to admit he’s gay?
–Tired of hearing it

Dear Tired:
Most people think we fall into three categories: Gay, Straight or Lying. In all probability, your friend is the third of the three. There are bisexual men, but very few. 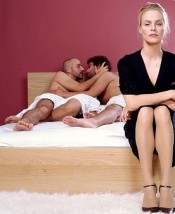 This latest study is the largest of several reports with the same results. Research on sexual orientation has almost always been based on self-reporting. That’s why the average penis size in Kinsey’s studies is about six inches while the latest studies show it’s closer to five.

Why the difference? Kinsey asked the men to measure themselves and report the results. Later studies had a third party do the measuring. No, it wasn’t me, though believe me, I tried. Let’s face it, men lie. They lie about their penis size, and they lie about who they like to screw.

Now, before I get hate mail from the three genuinely bisexual men in America, I don’t think having sex with women makes you bisexual anymore than a straight guy having sex with another man makes him gay.