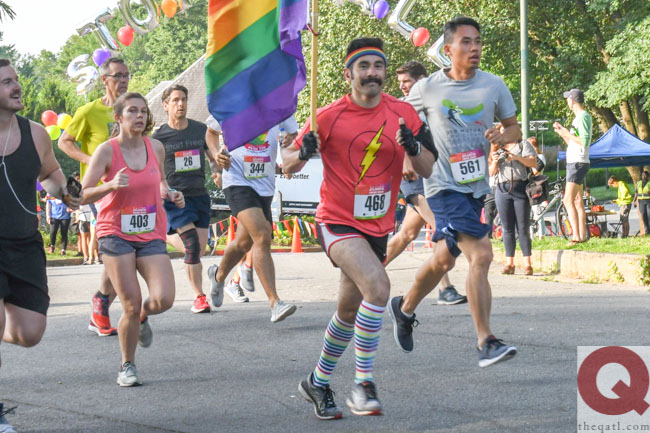 Perhaps caught up in Stonewall Month fever, the 29th Annual Atlanta Pride Run & Walk was a sold-out affair this year in Piedmont Park.

Some 600 runners took part in the 3.1 mile race on Saturday, dwarfing last year’s total of 330. The event was organized by Front Runners Atlanta running club and benefited Joining Hearts.

Erick White took first place overall for the second year in a row with a time of 17:11. White also has a 2016 Pride Run win under his belt.

On the women’s side, Daniela Espino won with a time of 20:03, besting Regine Lazard by about 90 seconds.