Navigating drunk texts and deciding if one’s a dealbreaker 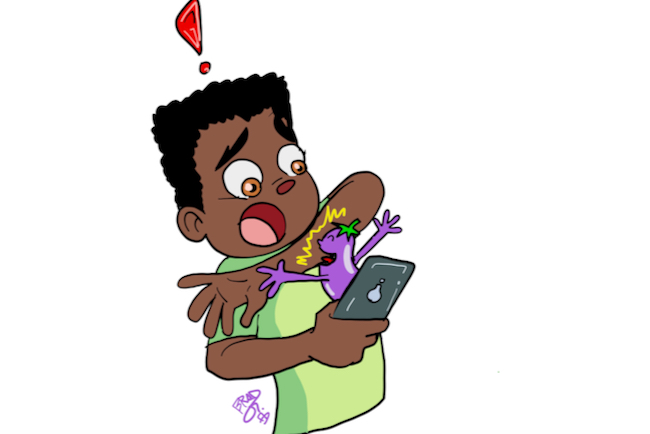 We live in a modern age of miracles. Until technology works against you. One minute, you’re growing apart from an old friend, another somebody else’s fiancé sends you wildly inappropriate photos.

There’s this guy in my circle of gays who I’ve known for several years. He’s recently asked his boyfriend to marry him, and we’re all planning on attending their wedding this fall. Now he’s sexting me.

First, I got a dick pic. Then I got a series of texts while he was obviously drunk saying he couldn’t stop thinking about me, did I want to come over and do him, etc. It was embarrassing as hell in the moment, but the long-lasting implications are even worse.

We were in a large group right after the text, and I can’t tell if he was ignoring it or doesn’t even remember it because he was so wasted. I don't know whether it was a really stupid mistake, or a deeper feeling revealing itself.

This is not one of my closer friends in the group, but he’s definitely someone I’ll see every time I go out. Should I confront him? Say something to the fiancé? Say something to our mutual friends who know him better? I’m at a loss.

I get the attraction to the intrigue and drama of this situation, but based on the facts you provided, almost none of this is your problem to handle, and certainly not by dragging more people into what is admittedly a juicy story.

It’s on him if he really does have secret feelings for you. It’s also his problem if he made a bad mistake while drunk. Even if he is, as you wonder, dealing with something that he can’t face sober, it’s still his issue. In none of these scenarios are you in a position to do anything about it.

If he’s actually getting ready to marry a guy while in love with someone else, that’ll ultimately be the fiance’s problem, too, but there isn’t a single thing you can do to make it better.

If you’re close enough, send a noncommittal message like, “Weird text last night. You OK?” If not and he never mentions it, you’ve got a great reason to develop compassionate, selective amnesia. Continue as if it didn’t happen. The text could mean nothing but a case of cold feet.

If he doesn’t remember, great. If he does, he’s probably way more embarrassed than you are. If he persists, and since it’s his issue, again go to him and no one else. Tell him directly to stop in no uncertain terms.

My first friend after we both came out  – 20 years ago – has been rubbing me the wrong way for a while now, but she finally sent me a text so immature, petty and just plain offensive I’ve at long last come to the conclusion that I’m done. I don’t want to be friends any more.

Actually, you can do that. Just because it seems awkward, there’s nothing wrong with saying that the comments were so awful that you want to end the friendship.

Word of warning: Do be sure, because the chance of taking it back is slim. I’ll trust you that it’s egregious and irreconcilable, if you’ll trust me that the upstanding thing to do is lay all your cards on the table.

This column originally ran in Q magazine. Read the full issue below, and pick up a new edition each week.