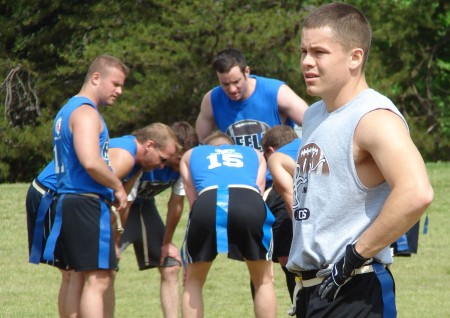 Football is back, baby. Flag football, that is.

The National Flag Football League of Atlanta launches its Fall League on Thursday, meaning about eight to 10 weeks of games. Best of all, the league returns to Piedmont Park, which booted sports groups from its athletic fields earlier this year. Games begin at 6 p.m.

The league’s travel team will also be making preparations for Gay Bowl VIII, set for mid October in Salt Lake City. Last year, the Atlanta Storm placed ninth in the 16-team tournament. In 2005, the NFFLA team made a run at the title, losing in the final game.

The league ended its spring season in late June with the Broncos taking the championship.

For a look at what you might be competing against, check out the Project Q Atlanta photo galleries from last season.