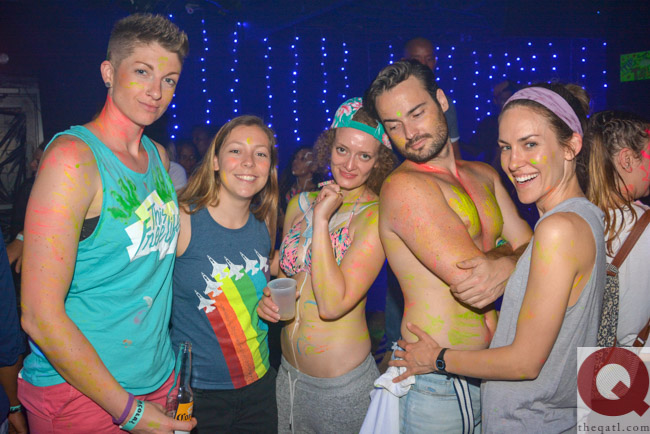 Popular lesbian bar My Sister’s Room will have a new home in 2019, doubling its space and throwing open the door just in time for a weeklong festival celebrating the Super Bowl in Atlanta.

But the Midtown hotspot isn’t going far. It's moving from their current location at 66 12th Street just two doors down to 84 12th Street in the space that once housed The Leopard Lounge.

“Everyone always said, ‘I wish the dancefloor was bigger and you could see the shows.’ Well guess what, now you can,” MSR co-owner Jen Maguire told Project Q Atlanta on Monday.

Jen Maguire said that when she and her wife, Jami Maguire, bought the bar in 2011, they always wanted to move to Midtown from the bar’s then-location in East Atlanta. They got their wish with a move in 2015, but they went with their second choice and a less ideal space.

The new building is 5,000 square feet, which includes a 2,500-square-foot dance floor. There will be two levels, a new VIP section with bottle service and view of the stage, an enclosed heated patio and an outdoor patio.

There will be no cover on the main level, while the basement area will be used for special events, DJs and drag shows. The bar will continue to serve food at the new space as well.

Jen Maguire said renovations on the new space start next week and that it will take about 30 to 45 days to secure the necessary permits from the city.

“We’re going to run this location up until the day everyone says we’re approved,” she said. “The day they say you’re good to go and you can open is the day we shut down and open up the next day at the new location.”

“We’re grateful for 20 years and looking forward to another 20,” she added.