My Sister’s Room goes to ‘College’ on Thursdays 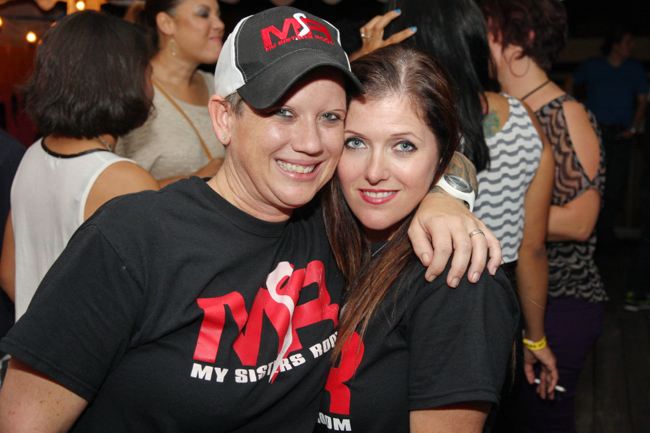 Where are the under 21 gaybies supposed to party? It’s a question that My Sister’s Room hopes to answer. The popular lesbian bar launches a new College Night on Thursday and opens it to 18 and up.

Serving the can’t-drink-but-want-to-party-crowd always provokes a reaction among the LGBT nightlife set, similar to any discussion about smoking in bars and wearing flip flops on your night out. The issue has conflicted Chase Daniels and partner Jami Siden (photo left to right) since they bought the East Atlanta club late last year.

In April, they dropped their occasional 18 and up nights. But nearly six months later, they’ve reworked their approach and will now offer the lesbian college crowd a place to call home on Thursdays. Daniels talked with us about the premiere of College Night, what to expect and other changes at the bar.

What’s the idea behind the new Thursday night? Aren’t college students supposed to be studying or something?

We wanted to do something to bring students together, so we thought Thursdays would be perfect. Every Thursday we feature Thursday night football. They can watch the game plus play pool, enjoy drag shows, eat great food and dance their asses off till 3 a.m. To have a great place to go to and socialize and just let loose for one night a week from all the studying we wanted to try and give back. You can expect some of the best DJs, entertainers and more with this night. We are targeting a younger audience all the local colleges such as Georgia Tech, Agnes Scott, Kennesaw State and their friends.

MSR actually has never really been an 18 and up club. We tried it a couple of times but we wanted to try to really work with something that appealed to everyone. We needed time to figure out what would be the right fit. We still will only be 21 and up Friday through Wednesday. Thursdays just seemed to make sense for us so we could try and appeal to all of our age demographic. At MSR we try to have something every night of the week that appeals to all of our LGBTQ crowd from 18 to 50 plus.

MSR’s schedule has expanded from four nights to six. How did that happen and how are folks reacting to the expanded schedule?

Folks love it. If you’re not into the club scene and wanting more of a pub scene, then during the day on Saturdays we have all the college football games playing. During the day on Sundays, we feature the NFL ticket playing all the professional football games. Same with Monday Night Football. It’s more of a relaxed atmosphere. Karaoke is a hit on Wednesdays as well and everyone loves $2 taco nights on Wednesdays.

When you bought the club late last year, you invested in the building and upgraded the facility. Recently you’ve enclosed the deck. What other changes have been made to MSR? More in the near future?

We are always up to something, so stay tuned. We have installed a new laser light system and added to our new state of the art sound system. We are in the progress of having the outside of our building painted with art work, which will be completed by the end of the month.

(And if MSR’s changing and expanding lineup isn’t enough, keep this in mind. The club’s popular Drag Race competition returns in November.)

My Sister’s Room debuts its 18 and up College Night on Thursday with a drag show at 11 p.m. and the dance floor opening at midnight.