My ex still threatens, harasses and gossips about me 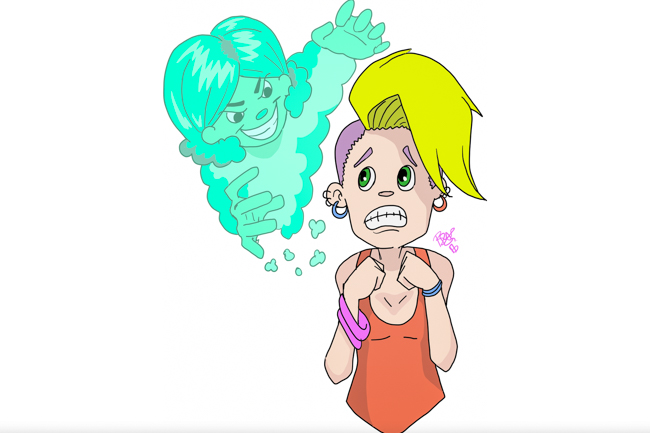 Q: At first of course, my ex’s charm was awesome. Well, all that glitters in this queer world isn’t gold… or hell even brass for that matter. My Wonder Woman Lasso of Truth tingled that she might be trouble, but incrementally falling for her over time clouded my judgment.

She ended up being paranoid and accusatory. The whole thing ended sadly. Two years later, she still threatens, harasses and gossips about me. She even called and lied to my boss.

I removed myself from social functions and venues to avoid her. I’m tired of walking on eggshells. I’m tired of avoiding places she might appear.

I know she’s capable of being a good person, but she has issues like drugs that exacerbate her low self esteem, paranoia, delusions and anger. Twice, I reached out to settle things and acknowledge my own mistakes, but she won’t even try to meet me halfway.

Getting on with your life is so much harder when you’re the only one trying. You’re fed up and hurt, and that makes it hard to see clearly. You may be also ignoring what you may be doing to perpetuate the problem, and of course you are the only one you can control.

Every time you stay home or let her bother you, she gets attention and the satisfaction of being a thorn in your side. Set yourself free by truly moving on – without her.

Her issues don’t matter. Your responsibility to coping with them was over two years ago when you broke up.

What matters are your issues. Stop making decisions based on what she might do. Unless you’re in danger or she breaks the law, reactions only fuel her fire.

Find a way to truly not care what she does or says. Once she stops getting the reactions she so desperately desires, she’ll most likely disappear.

Friends chide me for being all about the chase and never the catch, but there is a pattern: I start losing interest the moment a sexual quest is conquered.

Before sex, the more a guy hits on me, the more I wonder if they’re needy, have no confidence, or aren’t really that attractive.  After sex, I have forced myself to stick around a few months a few times, but when I hear “I love you,” I’m out. Feelings kill my boners.

I used to be proud of my hit-em-and-quit-em reputation, but lately it’s depressing because it’s true.

It’s common to go all-in at the beginning when sexual attraction is at its peak. The newness brings mystery and infatuation.

It’s also normal for that type of excitement to wane over time. It’s less common to give up entirely when the sexual energy mellows.

Most people trade the initial sexual interest for an interest in the camaraderie and teamwork of a partnership. Whether from fear of abandonment or sheer narcissism, you have a mental block to that stage.

Consider finding help if necessary to learn this: Feelings are good. Accepting them in others is key, as is getting in touch with your own before you disappoint another person.

Q Advice is for entertainment and not professional counseling. Write mike@theQatl.com.