‘Muse’ of Augusta Pride dies of coronavirus at 59 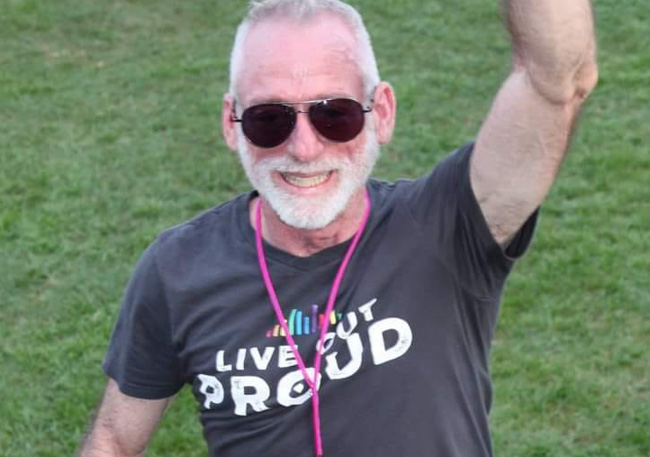 Theater mainstay, Augusta Pride board member and gay bar manager Richard Justice died of coronavirus in August, leading to an outpouring of tributes across Augusta.

It breaks the heart of Augusta Pride to share that today we have lost our muse. Richard Justice, coordinator of Pride’s…

Justice was born on April 2, 1961 in Augusta, according to his obituary. He graduated from George P. Butler High School and attended Augusta College.

For over 20 years, he performed and directed for theater groups the Augusta Players and the Fort Gordon Dinner Theatre. He also founded the Le Chat Noir Theatre and the Mind’s Eye Academy, a theater program for children and young adults.

“Pretty much any kind of production that was held in Augusta or the [Central Savannah River Area] had his thumbprints on it,” Mintz said. “He either directed, acted, consulted or was there in the audience cheering them on. He was very integral in the scene.”

A background in arts served Justice well when he joined Augusta Pride’s board as entertainment director in 2013. Mintz joined the board around the same time.

“I really got to know him after we both joined Pride and had some tough decisions to make on the Pride organization,” he said. “He was someone whose opinion I craved and hoped to have the respect of because he was a respectable guy himself.”

“I convinced him to stay on when I took over as president, and that was one of my best accomplishments,” Mintz added.

‘He was a legend’

Justice was also the manager of the gay bar Capri Lounge in Augusta. “Sordid Lives” writer and director Del Shores called Justice his “hero” for taking care of him during Shores’ one-man show at the bar in 2018.

“Please join me in celebrating his life,” Shores wrote on Facebook the day after Justice’s death. “He was a legend in Augusta’s LGBTQ and theater communities. He also directed a production of ‘Sordid Lives’ there in Augusta, and his cast loved him!”

Justice’s friend Terry Loskoski posted a video tribute to him on Facebook in August.

Friends gathered outside the hospital where Justice was being treated on the day that life support was removed, according to Mintz. They sang “Somewhere Over the Rainbow.”

“All of us were there to lift up our voices and sing to him, and his partner and a friend were able to be there with him, and they held the phone up for some of the performances so it could be heard,” Mintz said.

“Richard had a mischievous smile, a hearty laugh and he was someone whose opinion you valued and treasured and you always wanted to make laugh,” he added. “Augusta and the [Central Savannah River Area] are sorely going to miss him.”

A memorial service is in the works for when it’s safer for people to gather, according to Justice’s obituary.

This story is made possible by a grant from Facebook Journalism Project’s COVID-19 Local News Relief Fund.