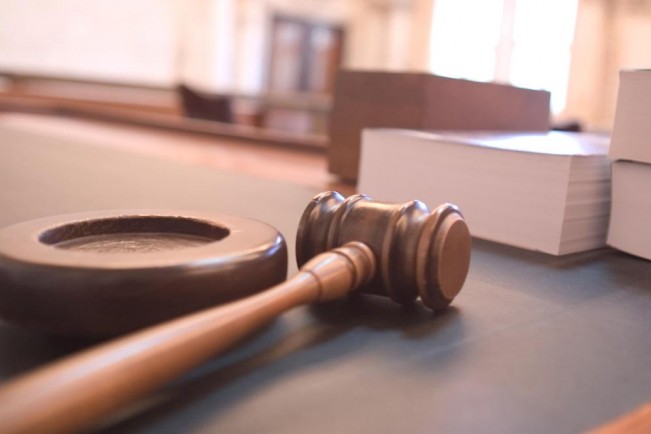 The Georgia Supreme Court on Monday unanimously upheld the murder convictions and life sentences for a DeKalb County man who preyed on young men for sex and later brutally killed them nearly two decades ago.

The court upheld the 2010 convictions of Eric Rogers, who murdered two young men he had sex with and went free for years until his nephew helped police solve the cold cases in 2002 when Rogers was in prison. He had been convicted in Mississippi for aggravated assault after attacking an 18-year-old man he lured to his home, hit with a sledge hammer and performed oral sex on him while he was handcuffed to a pipe in the bathroom of Rogers’ home.

“Eric Rogers is a sexual predator who, using the same methodology, sexually abused and murdered or attempted to murder available young black males from 1980 through 2000, when an uninterrupted span of imprisonment finally ended Rogers’ pattern of criminal conduct,” prosecutors argued during a 2010 trial.

On Monday, the high court rejected all eight of Rogers’ arguments in a unanimous opinion written by President Justice George Carley.

Rogers was convicted for two murders, summarized by a press release from the state Supreme Court:

• In 1994, Rogers befriended 18-year-old Darnell Patterson after they met while taking classes at DeVry. Rogers provided rides to school and bought him haircuts and marijuana. The two eventually had sex, which Rogers photographed and used to create a slideshow for his computer. Rogers later moved to Mississippi and admitted to a friend that he shot Patterson in the back of the head in 1995. Patterson’s body was never found.

In 2000, Rogers met 18-year-old Benjie Keys while the two worked together in a Mississippi industrial plant. Rogers again bought gifts for the teen and convinced him to come to his home. When Keys asked about a missing person’s flyer about Patterson that Rogers had framed in his home, Rogers attacked him.

Rogers hit Keys in the head with a sledge hammer, pulled out a .380 handgun and hit Keys in the mouth with it, breaking two of his teeth. He then dragged Keys into the bathroom, handcuffed him to a pipe in the wall, and while videotaping it, performed oral sex on Keys. After leaving Keys in the bathroom all weekend, Rogers released him and told him he was going to take Keys into the woods and kill him. Once in the woods, Keys said he pleaded for his life and got Rogers to change his mind. After Keys escaped, he reported the attack to police. Rogers was subsequently arrested, convicted of aggravated assault and sent to prison.

In 2002, Rogers’ nephew led police to the spot in DeKalb where he and Rogers buried Birmingham’s body. Police also uncovered photos of the two dead men, the photo slideshow and some school books of one of the victims in Rogers’ Mississippi home. In 2010, Rogers was convicted of the two murders and was sentenced to two life terms.