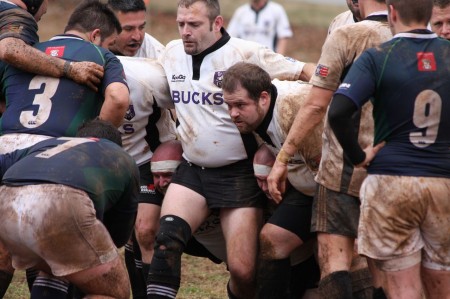 The Atlanta Bucks Rugby Football Club didn’t let a little rain and mud slow them down Saturday. In fact, they seemed to relish in it.

The Bucks continued their spring season on Saturday against High Country on a rain-drenched and muddy field at Coan Middle School in Kirkwood. The Bucks are half-way through their eight-game schedule and entered the High Country match at 1-2.

The Bucks play again on March 7 in Birmingham. Remaining home matches: March 21 (Maryville) and March 28 (High Country). The club closes out the season on April 4 with a match in Philadelphia, their only gay opponents this season.

View the Project Q Atlanta photo album from the match.