Mrs. Obama hugs it out with Georgia Equality 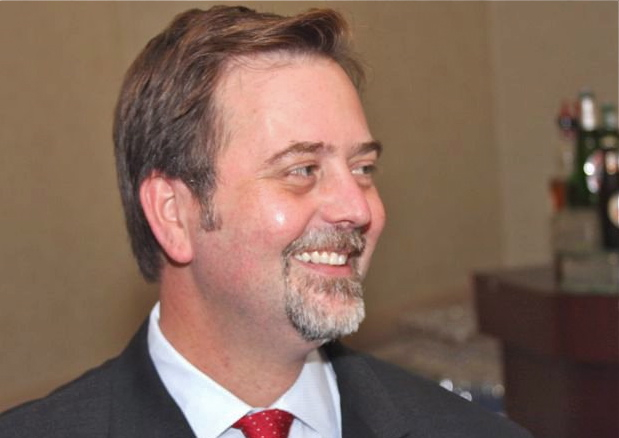 The trip down to Hinesville, Ga. on Friday was “definitely worth the drive” from Atlanta when it resulted in a hug from the First Lady, says Jeff Graham, executive director of Georgia Equality.

While some of you were watching the president’s remarks to the troops on CNN from Fort Stewart in south Georgia, Graham (photo) was touting his hug with Michelle Obama on Facebook.

“Hugged by the First Lady! Defintely worth the drive,” Graham posted on Friday.

Jealous? The close encounter came as Graham became one of just about 20 soldiers, military family members, elected officials and individuals who work closely with federal agencies invited to meet the First Couple during the appearance. The Obamas were there to promote the president signing an executive order that gives veterans more information about student loans, cracks down on online and on-base military recruitment and gives veterans a path to file complaints.

“There was no one-on-one time, so we were not able to discuss any issues. He thanked the group for our collective work to improve our communities and then we had an opportunity for a quick photo,” Graham says, adding that he’s looking forward to the snapshot in the mail.

“Over the past three months, I’ve worked closely with the White House Office of Public Engagement to schedule a series of meeting with various departmental officials to hear from local LGBT leaders,” Graham says. “We’ve had representatives from the State Department, HUD, HHS, EEOC and the White House come by the Rush Center to discuss several of the administration’s LGBT initiatives and receive feedback from local LGBT and HIV leaders on issues of concern to our community. I also worked very closely with the White House to assist with the planning of the recent White House LGBT Conference on HIV/AIDS held at Morehouse School of Medicine.”

Those Rush Center folks are connected. And this isn’t Graham’s first brush with the Obamas. He shook hands with the president as just one of Atlanta’s LGBT contingent at last year’s White House Pride Reception.