June 5
“The Hangover”
Just when you thought it was safe to go to Vegas, this comedy acts as a warning that drinking too much at a bachelor party in Sin City can be hazardous. The trailer shows hottie Bradley Cooper, bear Zach Galifianakis and their friends coping with Mike Tyson, a tiger, and a baby of unknown origin in their hotel room when they wake up with the mother of all hangovers.

“Away We Go” with John Krasinski from “The Office” and “Saturday Night Live” star Maya Rudolph with Catherine O’Hara and Allison Janney in supporting roles.

“My Life in Ruins” with Nia Vardalos from “My Big Fat Greek Wedding” as a college professor who visits — wait for it – Greece.

The probably dreadful “Land of the Lost” starring Will Ferrell, Anna Friel and Danny McBride as the time-space traveling, Skeestak-evading, and Tyrannosaurus Rex-dodging trio in this adaptation of Sid and Marty Krofft’s 70s cult hit TV series.

June 12
“The Taking of Pelham 1 2 3”
John Travlota, Denzel Washington and James Gandolfini join forces in this remake of the 70s thriller of the same name. Travolta is the subway-hijacking nut-job and Washington is the transit authority employee trying to avert disaster.

June 19
“The Proposal”
Hallelujah for movies with Ryan Reynolds (photo) showing skin. This time around, Reynolds has to marry his witchy boss, Sandra Bullock, to save her from deportation home to Canada. Golden girl Betty White also stars in what looks to be a solid comedy offering for the month.

You can also swing the other way on the comedy spectrum and check out “Year One” with Jack Black and Michael Cera as the original roadtippers. 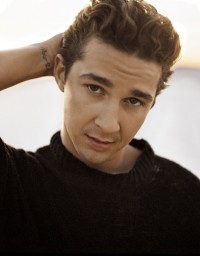 June 24
“Transformers: Revenge of the Fallen”
Big special effects, huge explosions and CGI all over the place look like good ways to ensure this sequel to the 2007 smash hit. Oh, yeah, Shia LaBeouf (photo) and Megan Fox are in it, too. LaBeouf severely injured his left hand, so director Michael Bay had to rework production and write the injury into the script to save the picture. Here’s hoping the work was worth it.

If there isn’t enough estrogen in these other offerings, on June 26 you can check out “My Sister’s Keeper” with Cameron Diaz, Jason Patric, and Sofia Vassilieva and Abigail Breslin in this adaptation of Jodi Picoult’s novel, directed by Nick Cassavetes. Fans of the novel, be warned – Cassavetes changed the ending from the novel.