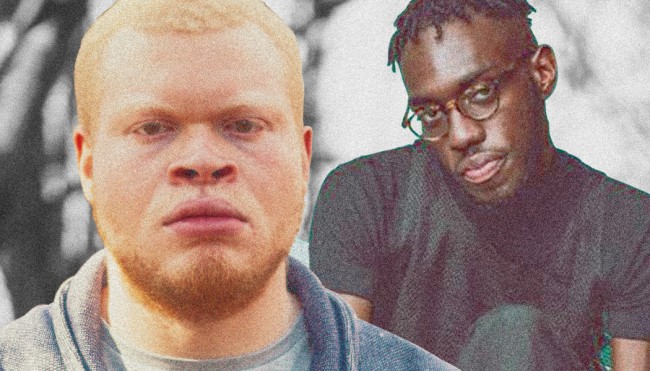 Morph is an innovative Southeastern DJ collective known for its visionary curation and a unique ability to challenge genre classifications. They bring a sense of sound and of community to an event this week.

Since February 2016, Morph has defied what it means to be successful on the local scene without aligning to trends. Their first event activated the 787 Windsor warehouse complex (now Afropunk’s festival grounds), exhibiting the group’s solid stake in Atlanta’s competitive underground.

Fast forward to August 9, when the group brings Morph the BeltLine to the city's summer masses. Anchored at the Bakery’s fresh new performance deck, guest DJ Manara from London headlines. Morph founders Jay Levy, aka JSPORT, and DJ Leonce are also on tap for the event, as well as resident DJ Helix and host Rahbi Raw.

In addition to those Morph members, Sequoyah Murray, Nai Br.xx, Kiya Lacey and rapper Cherele are also set to perform. The event is free.

Recently announcing their departure from the Fade to Mind label, the event also serves as a kickoff to a new era for Morph.

Amidst the constant flux of their booming individual careers, Morph’s central team can often be found performing huge festival across the globe, from Berlin to LA, Toronto to Shanghai. Jet-setting the rich international terrain of left-field club music connects Morph to other artists worldwide, allowing them to find and bring incredible new talent to our city.

With members from coastal regions — Leonce from New Orleans and Levy from South Florida — Morph's flair for festivity may been ingrained from the get-go. But being landlocked in the gay mecca known as Atlanta has its ups and downs.

“It was important for us to observe how Atlanta ‘feels and sounds’ before we introduced Morph,” Levy says. “We wanted to include elements that already exist in the city and combine it with the way we think the club should sound like.”

It’s important to Morph that the performances be boundless and unrestricted, thus transcending pigeonholed parties that push dress codes or kowtow to Instagram clout queens. They do not succumb to novelty but instead focus on their art. This approach has allowed Morph to steadily take root with one of the most authentic and genuine followings in Atlanta’s alt-club music scene.

With Mammal Gallery and the Arts Exchange dissolving, Atlanta’s venues more than ever lack reasonable rental fees and comfortable inclusion of people of color, queers or both. Morph aims to curate environments with a moral responsibility to the community.

“Our scene is amazing, but it's small and needs as much tender love and care as possible so we can continue to grow,” Levy explains.  “It is still very hard for the average QTPOC to get up and throw their own events with little resources. Our scene does great at working with what we're given, but it does feel like we get scraps compared to other scenes outside of our own.”

Morph’s momentum and recognition for superbly detailed parties has created a beaming future, not just for the team, but for other artists, performers and DJs as well. The upcoming event is just one taste of the planned concepts to come.

“I consider Morph The BeltLine to be an exciting curation of a few of Atlanta's most underrated black live musicians, something not typically possible for us due to funding and limited spaces as the city continues to change rapidly,” Leonce says.

With careful execution of their recent partnerships with both Atlanta BeltLine and Red Bull Music, Morph makes clear what their mission has always been and will remain: To nourish Atlanta’s indie music scene and local talent.

A version of this article originally appeared in Q magazine. Read the full edition below, and pick up a new issue around Atlanta every Wednesday.