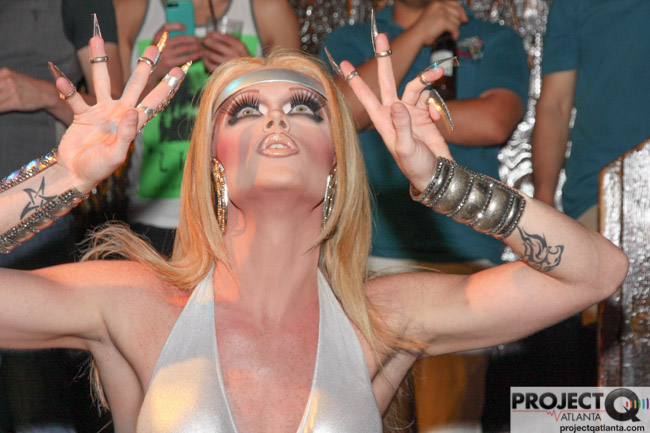 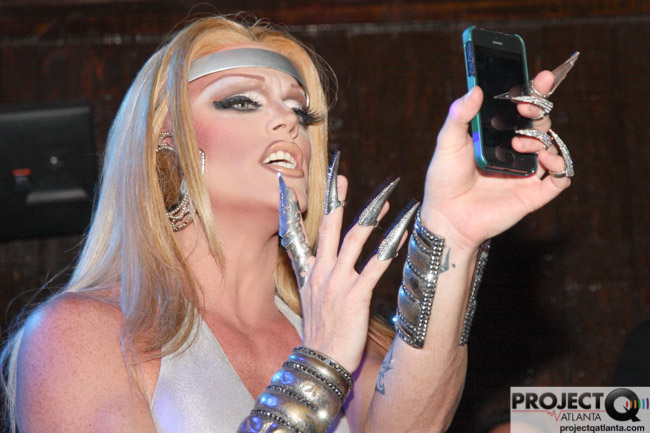 California queen Morgan McMichaels wowed a crowd at Burkhart's on Thursday with an energetic, hands on performance that included sliding down a handrail, dancing on a bar top and hopping over a second floor banister.

McMichaels (top photo), who competed on Season 2 of “RuPaul's Drag Race,” joined the cast of the gay bar's Dancefloor Divas. She returns on Friday to perform with the cast of the Fab Five, part of a big Gay Agenda for the weekend.

For McMichael's first number late Thursday, this drag queen didn't stay put. She worked her way through the crowd, touching fans, caressing them and even snatching the cell phone of one who was recording so she could sing directly into it. Still performing, she headed upstairs only to slide down the railing. Then up to fans on the second floor, only to climb over the banister, slowly climb down and land on a first-floor bar top. She didn't miss a beat.

McMichaels is one of a handful of “RuPaul's” alums to perform at Burkhart's. Shangela performed in June, Raven appeared in May, the same month Sonique returned, and Shannel danced with the divas in April.