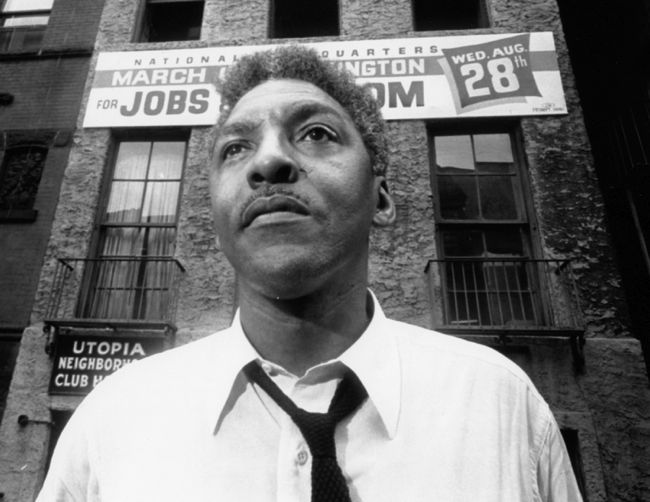 So much for Morehouse College’s Mean Girls. Now, a group of students at the all-male historically black college that struggles with LGBT issues is bringing gay to the forefront thanks to Civil Rights leader Bayard Rustin.

The trio of students – Jamal Terron, Kenneth Maurice Pass and Marcus Lee – created the Bayard Rustin Scholars program at the school to teach freshmen about Rustin (photo), an openly gay top lieutenant to Martin Luther King, Jr. who organized King’s famous March on Washington and was later shunned by the Civil Rights movement.

The Morehouse students tell the campus newspaper Maroon Tiger that the program will teach students about social justice and how to organize to tackle important issues.

“This project is in the spirit of teaching social advocacy and communalism,” said sophomore Marcus Lee. “It’s about not letting the rainbow blind you from the message of human improvement.”

The effort includes a curriculum the three men created and will offer classroom sessions. The new program could bolster the school’s mixed record on LGBT issues that includes strife between the campus’ hyper-masculine attitude and its gay students, the apparent softening of its former president’s homophobic attitudes and the Maroon Tiger’s rant against “effeminate men.”

Our pick for a guest lecturer for Bayard Rustin Scholars? State Rep. Rashad Taylor, a Morehouse man who came out publicly under pressure last year and then lost his re-election campaign.