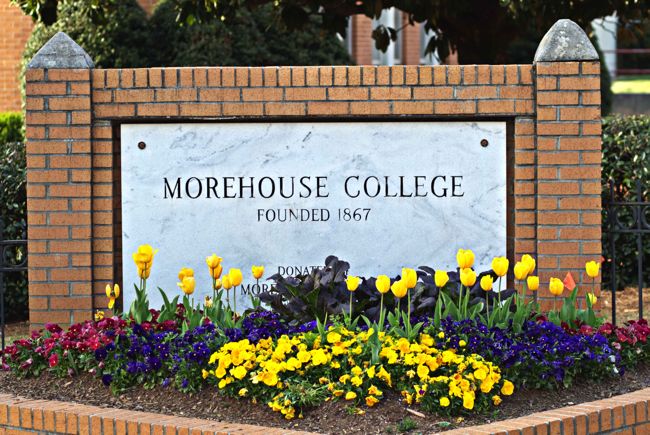 A bromance with gay Civil Rights icon Bayard Rustin just whet their appetite. Now Atlanta’s Morehouse College is diving into LGBT issues with a class on gay history and culture.

“History and Culture of Black LGBT” from the school’s sociology department debuts during the spring term and will be taught via Skype by Jafari Allen, an anthropology and African-American Studies professor at Yale. The course came after students from campus LGBT group SafeSpace joined with Allen to pitch the project to Morehouse administrators, according to the Maroon Tiger.

The course is expected to outline various key concepts in Black feminism and critical cultural theory and methodology. Described as “an interdisciplinary survey of Black lesbian, gay, bisexual, transgender, and queer (LGBTQ) culture and politics” in the course’s syllabus, the class will serve as an in-depth look into critical, social and cultural theory that will vastly benefit the Morehouse community.

SafeSpace’s President, Kenneth Pass, has one ultimate goal in mind for the course.

It’s a big change for a campus that has struggled with gay issues in the past. But earlier this year, three students from the all-male historically black college created the Bayard Rustin Scholars program to teach freshmen about Rustin, an openly gay top lieutenant to Martin Luther King, Jr. Rustin organized King’s famous March on Washington and was later shunned by the Civil Rights movement.

Student Marcus Lee, who works with SafeSpace and helped lobby for the new course, tells the GA Voice that it could help the campus move past the “dark days” of anti-gay incidents.

Those incidents at Morehouse were indicative of the misunderstanding of LGBT people and issues and residual effects of not having intentional dialogues about all people, Lee added.

“”I think Morehouse hasn’t gotten to a point where it fully understands its men who are not heterosexual,” Lee said. “That affects us in various ways. For straight guys, they need to know we are part of their community.”