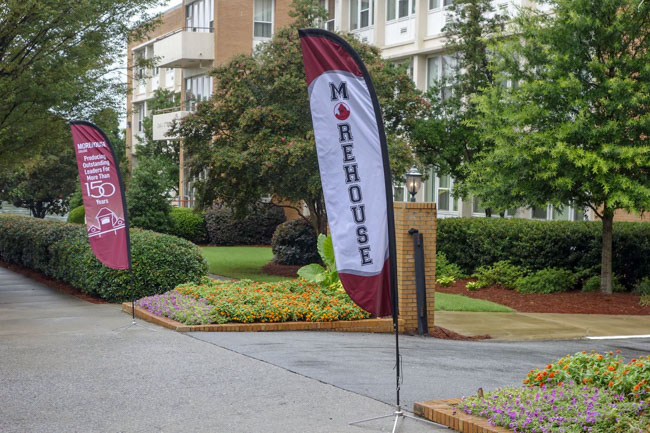 Morehouse College now offers PrEP to its students, making the all-male Atlanta school likely one of the first Historically Black Colleges & Universities in the country to offer the preventative HIV medication.

The campus began offering PrEP through its student health center when fall semester classes started in August, according to the AJC.

“There is no magic barrier between our institution and the city, anything that impacts the general population of black males impacts the student population,” Sinead Younge, associate professor of psychology at Morehouse, told the AJC regarding the PrEP program. “Because we have this captive audience, we have a real opportunity to make sure they are as healthy as they can be, regardless of their STI or HIV status.”

The pill-a-day treatment can cost up to $1,500 per month, but Morehouse officials said they work with pharmaceutical company Gilead to ensure it comes at no cost for students.

“For those that have insurance (like our students), Gilead also has a copay assistance program that pays up to $7,200 each year for co-pay assistance, ensuring the medications are free,” Cynthia Trawick, administrative director for the Morehouse College Student Center, told Project Q Atlanta.

Trawick added that the school funds its PrEP program on its own, but that it received training from a fulltime PrEP health educator with Fulton County.

The school also expanded HIV testing hours and said that students can now come into the health center anytime to get tested, according to the AJC.

Young people of color continue to be disproportionately affected by HIV. A CDC report released in September showed that African-Americans accounted for half of those age 13-29 who were diagnosed with HIV in the U.S. between 2008-2016. Hispanics accounted for a quarter of that group.

The same report said that gay and bisexual men under 30 make up nearly half of all new HIV diagnoses and that the number of gay and bi men in Georgia living with HIV jumped 70 percent between 2008-2015.

The City of Atlanta held a first-ever briefing on HIV in August during which officials said the city is “under a crisis.” One of the problems the city vowed to address was its federally funded program to house people living with HIV.

The Fulton commission has faced criticism for taking over a year to convene a committee established to fight HIV/AIDS. The committee finally met in October, but vacancies on the committee remain.

Meanwhile, a coalition of Atlanta LGBTQ groups opened the SPOT, a free, LGBTQ-friendly HIV testing site that provides LGBTQ healthcare referrals and sexual health information. The SPOT is located at the Rush Center in Candler Park.