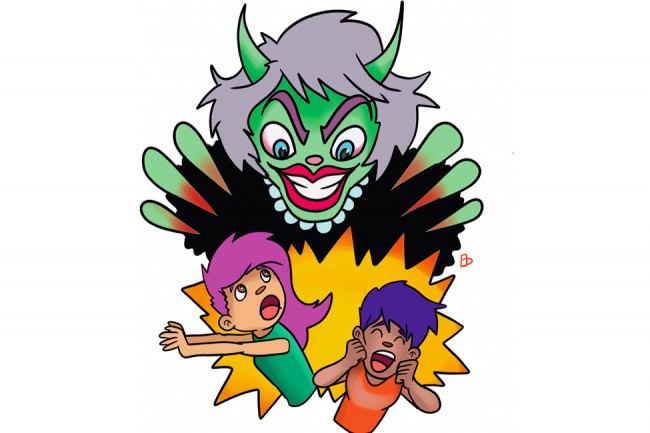 Finding a new normal with the people who raised you or your spouse can be hard. They’re part of the family, but they’re not in charge any more.

As their lives and their roles in yours change, expectations get dicey and won’t get better until you do something about it.

I put up with my mother-in-law’s odd expectations and demands for my partner’s sake, but I’m worried that letting her have her way just invites more meddling.

If she’s not asking us to come over and reach something on a high shelf, she’s demanding we act “less gay” around her bridge club.

If she’s not inciting arguments between us, she’s picking a fight with either of us and asking the other to take sides.

Can’t live with her; can’t kill her. Kidding. I get that she’s lonely, and I get that we’re family, but how much is too much, and when can I say enough is enough?

When you’re asking how much is too much, it’s time to draw boundaries. Not that it will be easy, but it is doable.

Start with an off-the-record conversation alone with your partner. It’s their mother, so be as conciliatory to that point as you must, while making it clear that the adage, “That’s just how she is,” won’t cut it any more.

If you’re not on the same page yet, get there first. It’s crucial that you present a united front, so decide together what will be acceptable and won’t before you discuss an approach.

In her mind, your mother-in-law is still the person who was once in charge of everything your partner did. Understanding her perspective doesn’t make setting new expectations easier, but it does help set your starting point from a place of love.

When the time comes, set a family meeting and make it clear from the start that it’s serious. It may be a good strategy for your partner to say the harder stuff, with you singing backup about how great it is that you all are so close. She might feel hurt, so make sure the entire conversation reiterates how valuable she is in your lives.

Don’t explain how the problems have been, as much as how the solutions going forward. Otherwise, you’re just firing off a list of complaints that she’ll feel motivated to bat down one-by-one. The last thing you want is for her to be defensive.

Invite her to be part of the decision-making of what the new normal looks like, and let her paint her own picture of how it will ultimately be better for her, like being able to reach things on a high shelf herself with a step-ladder. Use terms like “boundaries” and “ground rules” less and more terms like “expectations” and “mutual respect.”

She may withdraw at first from a hurt ego, a genuine effort to unburden you, or both. The onus is on you to plan and follow-through on getting together under the new terms to show her that you are happy to hang, just not at her beck and call.

In college, I worked with my grandmother’s expectations. In my first job, conservative jerks force me to remain mostly closeted and in fear of being outed. I can’t stop wondering: When is Me Time?

Live honestly and authentically, despite what others may want from you. Deciding to do so immediately starts the clock on You Time.

Sorting the consequences is actually the easy part. There will be tough choices whether you stay stuck or break free, but repercussions of the former can be worse than you’re already experiencing, and the latter comes with rewards richer than any paycheck.

Q Advice is for entertainment, not counseling. Send your Qs to [email protected].

Pick it up each week at LGBTQ and allied venues, and find new content every day here.