Mo’Nique to dine with HRC’s gala gays in Atlanta 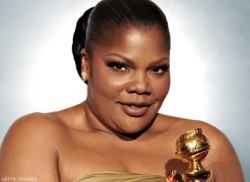 Oscar-winning actress Mo’Nique will dine with about 1,000 gays when she arrives in Atlanta to attend the Human Rights Campaign’s gala dinner.

Mo’Nique, the fifth African-American actress to receive an Academy Award for Outstanding Supporting Actress, will receive another important, though less glitzy trophy on May 14 at the 24th Annual Atlanta Human Rights Campaign Gala Dinner & Silent Auction: Their Ally for Equality Award.

Organizers of the local fundraiser announced the award on Monday. Past recipients of the Ally for Equality Award at the dinner include Cybil Shepherd and Johnetta Cole. The award recognizes “the outstanding efforts of those who dedicate time, energy and a whole-hearted commitment to better the lives of LGBT people.”

Mo’Nique, also known for her popular late-night show on BET, has spoken out in favor of gay equality and LGBT inclusion, urging churches to welcome gay congregants, gay men to overcome body image issues, and that her celebrity girl crush is Ginger from “Gilligan’s Island.”

Now, I know a lot of folks that go to church and are gay. I tell them, “God don’t make no mistakes, baby, and we keep using it when it’s convenient.” If we are all made in his image, there are no mistakes. I think it’s absolute foolishness, just in my humble opinion, when people make statements like, “It’s blasphemy and you’re going to hell!” Really? And I’m a child of God — do you think God set me up? I’ve never bought in to it. With gays and church, I think there are so many of our brothers and sisters that’s in pain because they go to a place to receive nurturing, the love of God, and you start hearing that you’re going to hell because of who you were made to be. I just don’t buy that!

Local organizers are deep into preparations for the dinner. On Saturday, they hosted the annual Bowling for Equality (view photos) to raise funds and awareness of the upcoming event.

In January, organizers hosted the first of three pre-dinner receptions. The event at Aurum in Midtown served as a launching pad for recruiting hosts, table captains and sponsors for the dinner. They also announced the dinner’s them, which is Our Stories. It’s an effort to “focus on our collective stories and the rich advancements for equality that are achieved when others connect real stories with the cause,” as the group explained on its Facebook page.

Additional pre-dinner receptions are set for March 10 and April 14.

Last year, nearly 1,000 people attended the event and joined a group of local honorees, including state Rep. Simone Bell, and celebrities, such as Bravo’s Andy Cohen and NeNe Leakes of “The Real Housewives of Atlanta.”