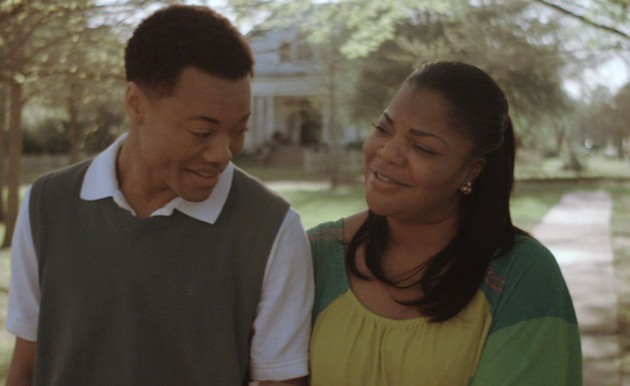 Acclaimed writer, producer and filmmaker Patrik-Ian Polk has been busy since his landmark black gay series “Noah’s Arc” bowed on Logo and in theaters. His latest work kicks off Out on Film on Oct. 2 with major star-power.

“Blackbird” (trailer above) follows a Mississippi choir boy who is simultaneously struggling with being gay and with the disappearance of his sister. Newcomer Julian Walker plays the lead, and a pair of powerhouses star as his parents. The cast is lead by Oscar-winner and gay-Atlanta-connected Mo’Nique, as well as “Grey’s Anatomy” alum Isaiah Washington, who has apparently grown since being fired for disparaging a gay costar on “Grey’s.”

As the Opening Night film, “Blackbird” brings not only the director’s and actors’ cache to the eight-day event, but several of the stars themselves. Walker and two other actors are already confirmed, and several are promised. The full schedule of Out On Film, slated for Oct. 2-9, is still pending.

Out On Film’s full announcement:

“We are absolutely delighted to be able to screen ‘Blackbird,” says Jim Farmer, festival director of Out On Film. “It’s an exceptional film that will resonate with audiences everywhere, especially here in the South. When we saw it we knew we wanted it as our opening night film. Patrik has made a beautiful film with a terrific ensemble cast.”

‘Blackbird” stars Walker as 17-year-old Randy, a devout choir boy living in a conservative Mississippi town, struggling to understand his sexuality while also caring for his mother following his sister's disappearance. The film is the first starring role for Mo'Nique following her Oscar-winning performance in “Precious” and features Washington as Randy's absentee father. Several of the cast/crew members will be in attendance for the screening. Already confirmed are Julian Walker, Torrey Laamar (Todd) and Nikki Jane (Crystal).

“I am beyond excited that “Blackbird” is heading to Out On Film in Atlanta,” says Walker.  “I hope everyone enjoys this beautiful film of love, understanding and the many trials teens face while figuring out who they really are.” “It's quite the privilege to be a part of such a ground-breaking film as ‘Blackbird,’ says Laamar. “ And to have its Southeastern debut at the Out On Film festival in front of the Atlanta community is an honor. This film will have an air of familiarity on a multitude levels for every audience member, regardless of sexual orientation, race, or creed. It's a message of growth and love with a dream to inspire acceptance.”

Out On Film runs October 2 – 9 at Landmark’s Midtown Art Cinema. The full schedule will be announced on August 15th.  Tickets to the event will go on sale on August 22.