Moderna vaccine trial ‘worth the risk’ for LGBTQ Atlanta man 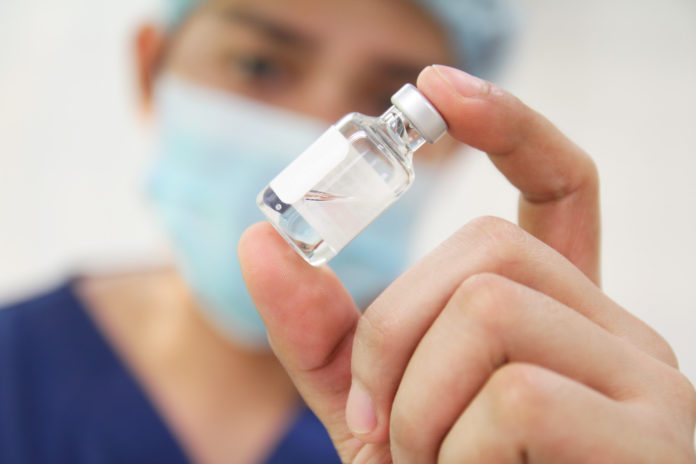 As the FDA closes in on approving Moderna’s coronavirus vaccine, one gay Atlanta man tells his story of being injected with the drug during Phase 3 clinical trials in Atlanta.

Brad Gibson felt his reasons were solid to volunteer for the study. People close to him are immune-compromised, and he felt compelled to contribute toward pandemic solutions. Neither of those things minimized how seriously he considered the responsibility.

“I was thinking ‘What if I have a horrible reaction to this?’ and decided I would just cross those bridges if I got to them,” Gibson told Project Q. “I also knew I was going to be under medical supervision and scrutiny, so I decided it was worth it and put my trust in the professionals.”

“When they called saying I qualified, I knew I had to do it and was willing to risk my health,” he added.

Gibson received a shot in August, another in September, and scientists took blood on a third visit in October. Clinical Research Atlanta, which also tested the Pfizer vaccine since approved by the FDA, conducted the Moderna trial that Gibson did.

“When I got to the clinic, I was given a pretty healthy packet of information about the vaccine I was going to receive and the process of the study,” he said. “I am in this study for two years to continue monitoring my health and reaction.”

The vaccine does not use any part of the actual coronavirus, Gibson explained. It is a synthetic that mimics a harmless protein from the surface of the virus. It causes the body to create an autoimmune response.

“I found the information about this newer tech that uses a synthetic vaccine to create the right immune response fascinating,” he said. “I devoured the packet of information like I was reading science fiction.”

The process is ongoing, including clinical interaction outside the in-person visits.

The study was double-blind – even the clinic didn’t know who got the vaccine and who got a placebo. Still, Gibson knew he didn’t get the placebo. Doctors told him that it might be “very obvious” due to possible side effects, and “oh yes,” it was, Gibson said.

“After the first shot, the next day I ran a slight fever – like 99.8 – and was lethargic and a little achy. By the second day I was fine,” he remembered. “They were great at managing my expectations and let me know that the second shot was likely going to have me feeling ‘two-to-three times worse’ than the first shot.”

“They were right,” Gibson said. “About six hours after receiving the shot, I started getting very achy. If it was a joint, it ached, even my toes, my hips, everything. And I ran a fever of about 101. The second day, I was lethargic but feeling a bit better. It could have been from the lack of sleep from the achiness.”

With Tylenol and another night’s sleep, he felt 100 percent on the third day – “like magic,” Gibson said. “The research doctor said this is the correct response for my body creating antibodies.”

Researchers kept the most definitive results of the study from the participants, but they told Gibson that he produced the antibodies. He expects to go back in March for an in-person checkup.

“So far, no side effects since the second-shot side effects, but I’m still holding out for super powers,” he said, tongue in cheek. “And I don’t mind having a tail, as long as it’s prehensile. That would be handy, actually.”

Surprising no one, Gibson did hear from people with opinions about his participation in the vaccine trial.

“I’ve had a lot of people saying they can’t believe I would volunteer for it,” Gibson said. “Masks, vaccines, and everything COVID have become so political that no one knows what to trust. I decided that I would trust science and the professionals.”

“I did have one lady who told me that the vaccine rewrote my DNA,” he added. “So I guess I’m a new person now.”

So, should people take a vaccine when the opportunity comes? Gibson has two words.

Gibson encourages everyone to research the available vaccines and listen to what the professionals say about them.

“These synthetic vaccines are the beginning, hopefully, of a new era of science with promising results for not only COVID but many other diseases, including cancer,” he said.

Gibson said the vaccine is worth any side effects.

“Two days of ickiness was better than weeks and weeks of not breathing or, y’know, dying,” he said. “While a healthy amount of skepticism is warranted, let’s really listen to professionals., and when we’re all merrily swinging around by our prehensile tails, we’ll be glad we got our DNA altered.”