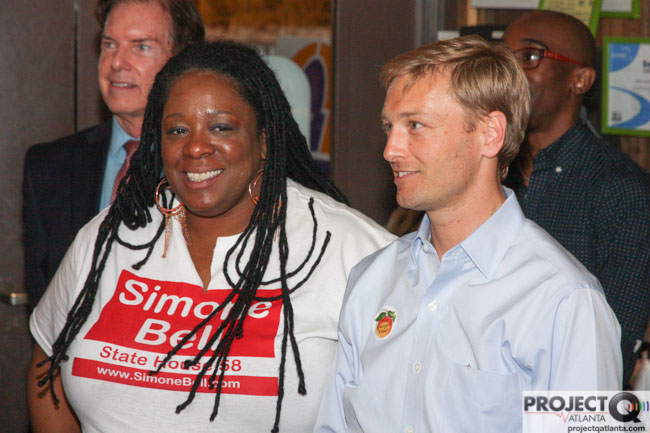 Gay Atlanta incumbents fared better than LGBT challengers on Tuesday. Three lesbian lawmakers are headed back to the Gold Dome while a gay challenger, locked in a nasty primary campaign, lost his race.

State Rep. Simone Bell (top photo), the only one of three gay state lawmakers facing primary opposition, easily put down a challenge from Erica Long, the husband of the opponent she defeated in 2012. Bell took 63.22 percent of the vote to Long's 36.78 percent. With no Republican in the November race, Bell will keep her District 58 seat.

District 58, family and friends - THANK YOU for sending me back to the Capitol! I LOVE my job and I get to keep it! Let's go! LOVE.

State Rep. Karla Drenner, the first openly gay lawmaker in Georgia history, will keep her District 85 seat. She ran unopposed in the Democratic primary and faces no GOP opposition in November. The same goes for lesbian state Rep. Keisha Waites in District 60.

The race turned into an expensive, bitter campaign with Parent turning to anti-gay mailers and not-so-subtle homophobic marketing efforts. LGBT critics blasted her tactics in the closing days of the campaign.

My friends, it appears we have come up short. We have worked hard, we have worked true. We ran a campaign that you can be proud of. Thank you to all of my friends who believed in me and this campaign from the very beginning and worked for the future of District 42. Political discussions and debate are essential to a vibrant community, and I congratulate Elena Parent on a hard-fought campaign. This is my home and I look forward to working with all of you to continue to make our community a better place.

Futon County Commissioner Joan Garner, who became the commission's first-ever openly gay member when she won election in 2010, coasted to another term on Tuesday. She dispatched Eddie Brewster, 70.71 percent to 29.39 percent.

Also in Fulton, gay challenger De'Andre Pickett placed second in the District 6 race for the Fulton County Board of Education, losing to incumbent Catherine Maddox 57.80 percent to 30.33 percent. In 2013, Pickett lost a race for the East Point City Council.

Enjoy some outtakes from the election night party:


It's all about the people. 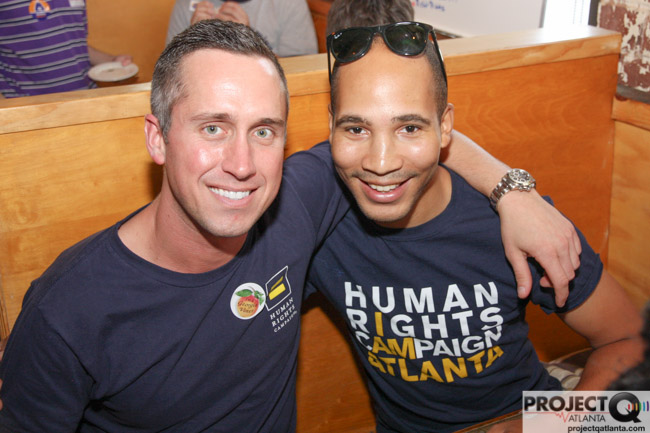 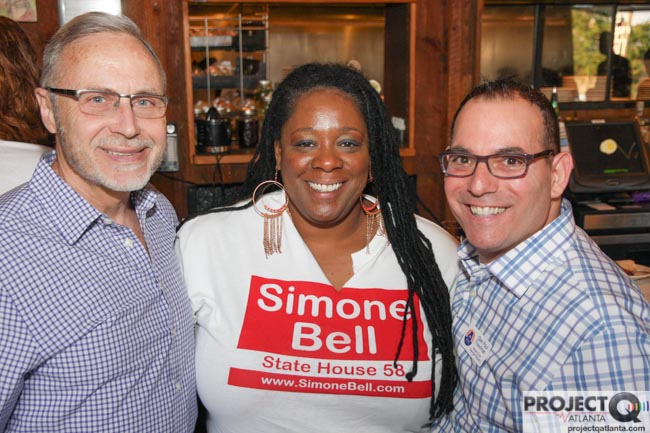 But mostly, the cocktails. 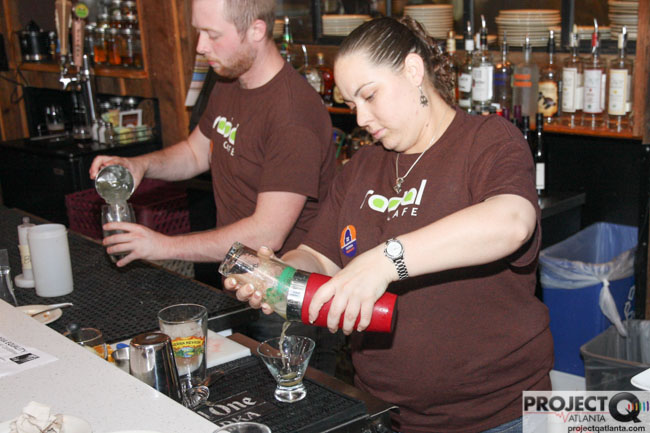 There were stickers, too. 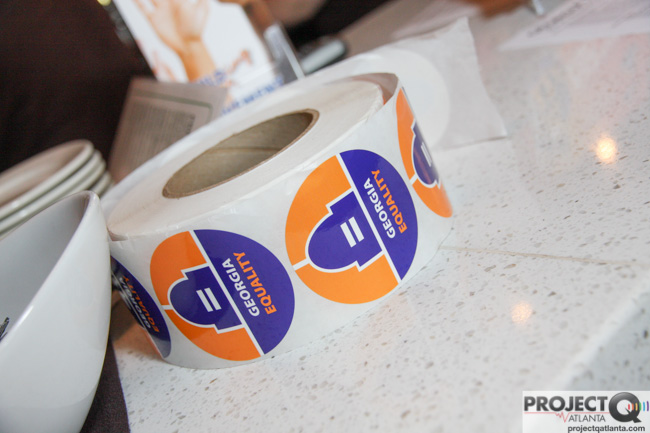 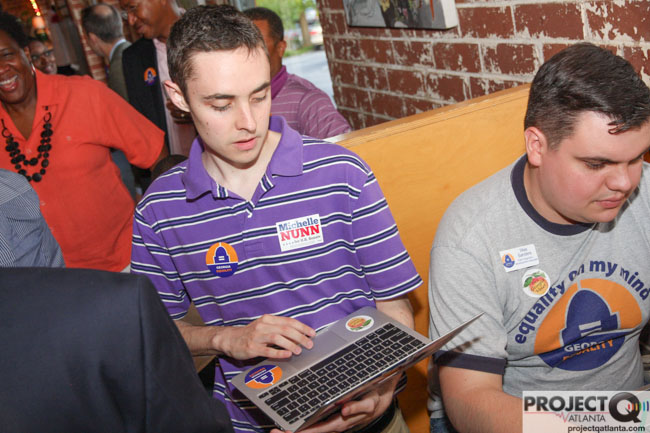 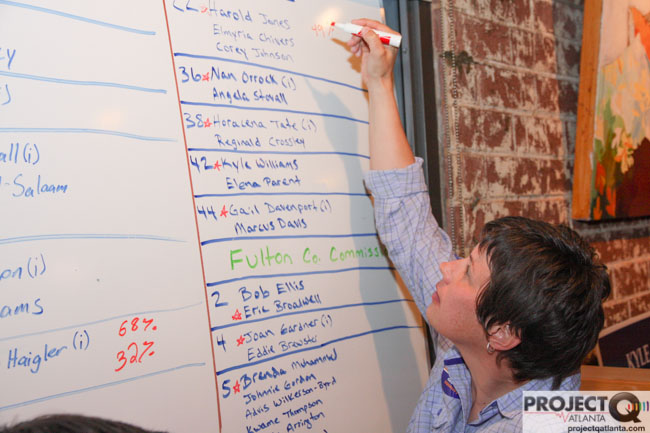 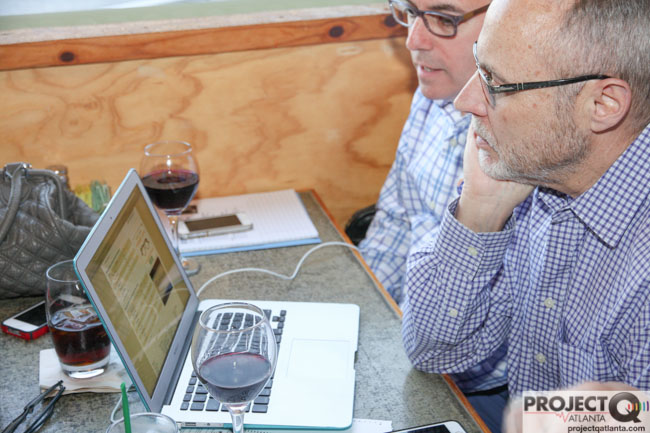 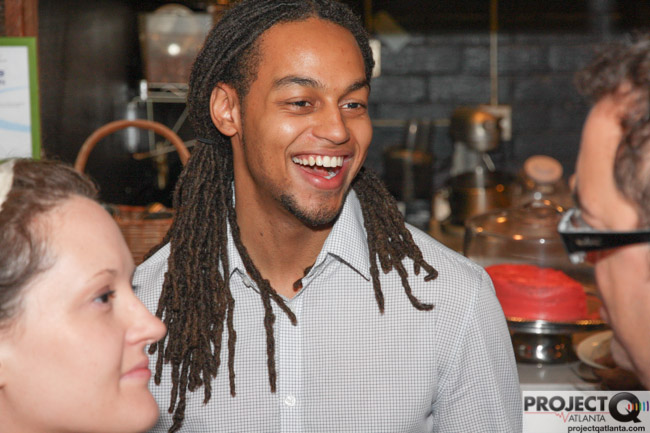 Among the candidates, too. 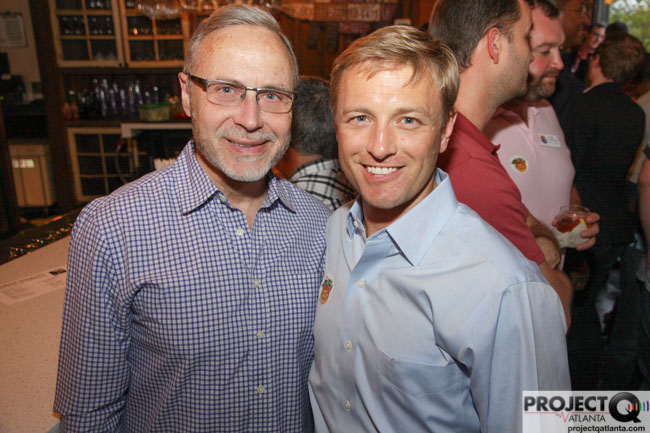 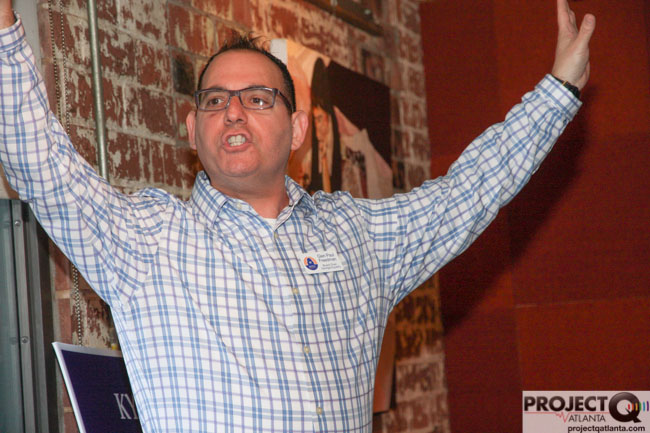 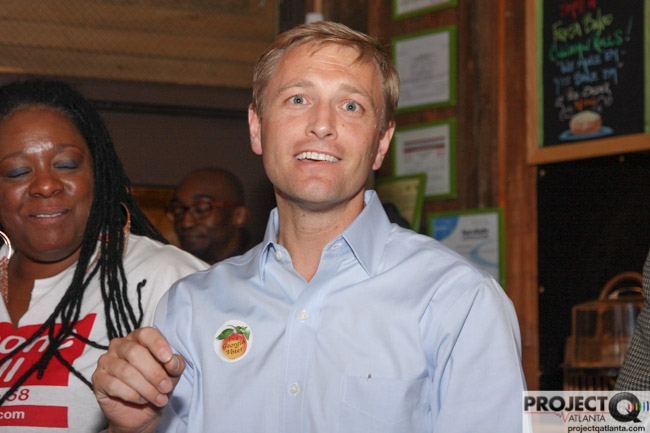 But mostly, a long wait for results. 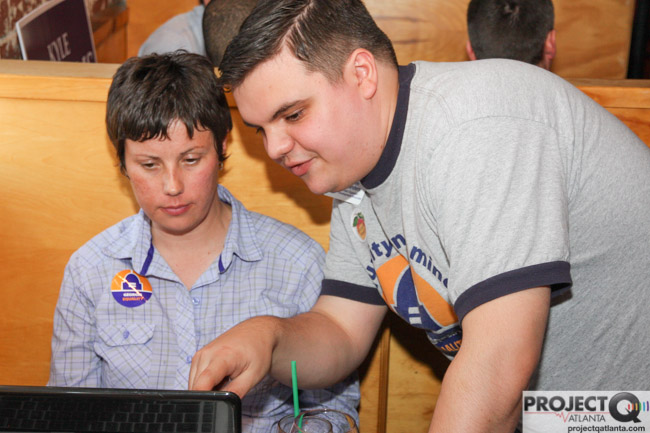 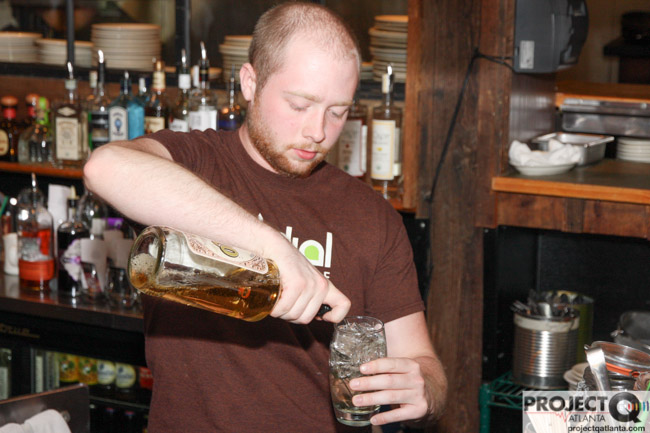